Is M2M a waste of money? - IoT Now - How to run an IoT enabled business 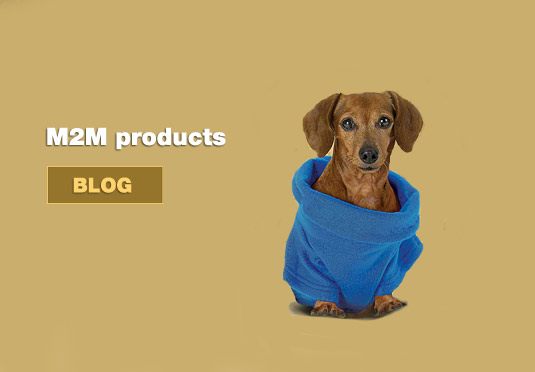 (Blog) — As entrenched veterans in the machine-to-machine communications (M2M) industry, says Larry Bellehumeur, it’s easy to think what we do is absolutely vital and that anyone who doesn’t hop on the M2M bandwagon is crazy.

I was recently watching TV with my wife and we noticed there were a lot of useless products being advertised – products solving problems that don’t exist and products that appeal to the lazy among us. I put that at the back of my mind for a while until I was talking with an older gentleman on a plane. When I explained what we do, his response was, “No offence, but it sounds like you have solutions for problems that aren’t there.”  He went on to say that we are inventing things that make people lazy. What startled me was that these were my very thoughts when watching TV with my wife… and is the M2M space just a more polished version of the ‘Snuggie’ (pictured above)?

Ok, you could dismiss this gentleman for just not understanding what is going on, but he was a former Operations Manager at an oil company. Since oil companies were among the first to embrace automation / M2M, my rationale was not foreign to him. He did see value in some applications, such as the one that he used in his work, but he didn’t see value in paying to be told what the dryness level was in his garden. “Any gardener worth his salt would rather get down on their hands and knees to be more accurate,” were his words.

In the end, I did convince him that while many applications were “fluff” and might fall under the ‘Snuggie’ category of usefulness, many had real value in our day-to-day lives.

As a side note, he mentioned that his dad (not sure what was in their genes, but we should bottle that) was still living alone and needed extra care. He agreed that Personal Emergency Response System (or PERS) devices (used to increase personal safety and security) had a lot of value for his situation.  The idea of being able to be notified if certain events occurred would be comforting.

While I also dismiss some of the wild predictions about M2M (I mean, I don’t care if my toaster talks to my stove), I did share that it might be good to be notified if your  stove was left on, and he said that his wife was famous for doing that!

Finally, when I asked him if he had concerns about his home, he said that it was expensive to heat and cool.  I responded that in addition to basic temperature settings (which a good programmable thermostat can look after, as he pointed out), he can have sensors open and close blinds (to reduce warm rays in the summer and to encourage warm rays in the winter, both reducing bills), and he seemed to like that. As well, when I told him that many new sprinkler automation solutions were ideal to keeping an even-looking lawn (by using more water in some area and less in others), he seemed to like that. Finally, he asked me about controlling deer, who apparently eat his flowers… send me an email if you can help him on that one!

As I have blogged before, the early adopters will definitely (and do) love M2M, and will likely have everything in their home automated (a.k.a. The Jetsons home).  For most of us, we will be more selective in what we spend our money on.  The trick as an industry will be to find ways to appeal to everyone, and to ensure that we have strong interoperability to make things work. With the capitalist system, I have full faith that we will do just that… and likely keep the deer from eating his flowers.