Home › IoT News › Connectivity › Hello! Hello! Can you hear me? 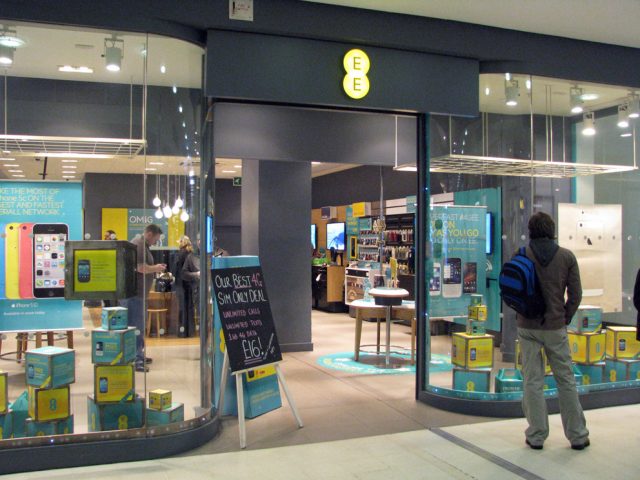 (Blog): “Can you call me back on my landline; the mobile signal is not very good in my office?” I find myself using those words an awful lot these days. This isn’t how it used to be, I thought, before T-Mobile and Orange in the UK metamorphosed into EE and the coverage dropped dramatically. And I wasn’t the only one who experienced this phenomenon, judging by the large numbers of people saying much the same thing on social media sites.

While this is an annoying inconvenience, it occurred to me that the patchy cellular coverage has more serious implications if it is to become the backbone for critical machine-to-machine (M2M) applications. I am talking about the likes of monitored home healthcare here, among others. There is not much point in having your heart monitored constantly for dangerous irregularities if, when the critical moment arrives, there is no signal to send that information back to the medical staff. Likewise, an Alzheimer’s patient who wanders off might prove tricky to find if the signal keeps disappearing.

I discussed this situation recently with Jeremy Green, a consultant at analysis company Ovum. He sees part of the problem being caused by the move to 3G. The coverage with GPRS, and even GSM, was far more constant, especially in buildings.

“The coverage of 3G is better than it used to be but still not as good as 2G,” he said. “But 3G is starting to feel like an interim technology that doesn’t have much of a future.”

That does seem to fit with the way EE, judging by its many press announcements on the subject, seems far more concerned with rolling out its 4G network than fixing the holes in its 3G coverage. The question is whether this will help or hinder the building of M2M applications, and the answer is a bit vague at this stage.

“If you talk about M2M, some say you want to move to LTE because of the higher bandwidth, but the coverage is rubbish,” said Green. “Others say they don’t want to move off GPRS at all because the in-building coverage is so poor if they do. Plus there are a lot of GPRS devices that people do not want to swing out.”

One alternative to all this is WiFi. Most homes now have a WiFi network that could be used for monitoring of health devices and town-  and city-wide WiFi networks are being rolled out. But Green was doubtful. “WiFi isn’t that good for anything that is really critical,” he said. “You can get industrial strength WiFi that is better than most residential and business systems. But some say though that you can’t get better than GPRS.”

So where does that leave us? The mobile operators are rushing to higher bandwidths as they try to keep up with the smartphone revolution, but the vast majority of M2M applications require very little bandwidth. A well set up WiFi network in a home could be ideal for basic and even critical monitoring applications, but outside in the big world the coverage is not good for either WiFi or cellular.

When I attended Advantech’s World Partner Conference last month, there was a lot of talk of wireless sensor networks being the answer for city-wide deployment. Others are looking to the likes of SIGFOX and Weightless. The answer may be a combination of technologies, at least in the short term, depending on the nature of the application.

I did ask EE if it would care to comment on these thoughts, but a spokeswoman politely declined. Maybe they couldn’t get a signal.