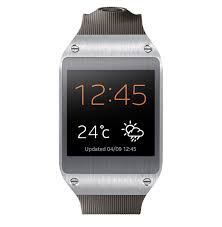 Shanghai, China, Palo Alto, USA, Singapore and Reading, UK – Worldwide shipments of smart wearable bands are on the rise. Just over 200,000 smart wearable bands were shipped in the first half of 2013, but this figure is set to grow by well over 500% in the second half of the year, according to industry analyst firm Canalys.

“Samsung’s marketing and promotional efforts with the Galaxy Gear resulted in shipments of over 800,000 units in its first two months on sale, establishing the company as the new market leader,’ said Chris Jones, Vice President and Principal Analyst at Canalys. “Pebble continues to grow rapidly with its smart watch. iOS 7 integration and an updated SDK with additional APIs give Pebble’s partners a great opportunity to increase the watch’s appeal while maintaining its excellent battery life.”

“The market for smart wearables is extremely dynamic. This space is going to look very different in 12 months’ time,’ added analyst Daniel Matte. “A successful wearable device depends on the connectivity of a smart phone, which increasingly serves as the new digital hub for mobile users. Wearables entail a unique set of constraints for vendors and platform owners more experienced with the smart phone and tablet markets.”

Despite growing interest in the category, products to date have been very limited. Canalys anticipates that 2014 will be the turning point for smart wearable devices. Major growth opportunities will be available to vendors, component suppliers and developers. Market expansion will occur over the next year with the launch of improved technologies.

Excellent opportunities exist to take advantage of these technological needs and address market gaps. Existing smart phone SoCs are poorly suited to wearables and do not deliver the battery life that consumers demand. These components will need to be designed specifically for wearables, working alongside sensor hubs that help reduce power draw. The integration of new types of sensors not included in smart phones, such as those for heart rate monitoring, will be another important trend.

Displays with power efficiency advancements will also be vital, requiring optimisations in both hardware and software. Existing mobile operating systems will be scaled down to run on wearables. Lastly, vendors will employ more sophisticated materials and place a greater emphasis on design than with current products. Many of these new technologies will debut in 2014, beginning at the Consumer Electronics Show (CES) which starts today in Las Vegas. 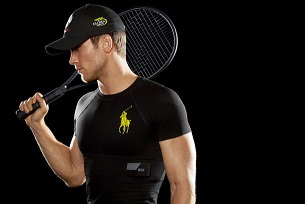 How to Select the Right Internet of Things (IoT) Platform
Next

Biometrics, mobile and cloud technologies combine to manage a construction wo...