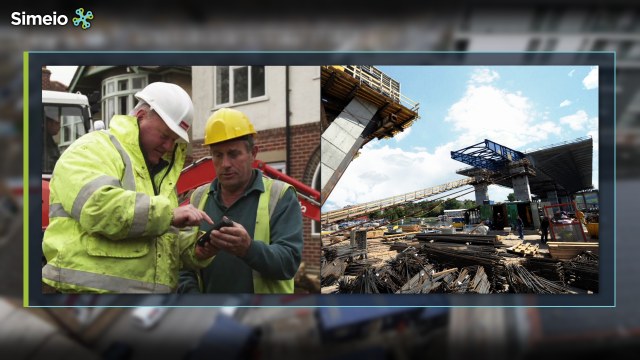 (Construction Case Study): Serving a variety of sectors, JS Wright & Co employs 120 staff and runs multiple projects simultaneously. Like many firms in the building services and construction industry, one particular challenging is verifying the hours worked by individuals on site.

“The average project takes 10 months to complete and we typically have 30 permanent operatives on site at any one time scattered across up to 10 different locations,” says Paul Millington, contracts support manager at JS Wright & Co. “Previously the only way we could monitor what hours they were keeping was from their timesheets, which they filled in themselves.”

According to Millington, the other major challenge was collecting all the timesheets in each Monday so that the accounts team could process the weekly payroll.

“Timesheets used to be completed manually by our operatives, who were then responsible for sending them to head office,” he says. “Some of our employees work at sites without access to a fax machine or email, so ensuring that they send them in on time was actually quite difficult. The wages clerk would be pulling their hair out trying to gather and verify all of the information on where people had been working and the hours they had done.”

Advances in the field of biometrics for example, enable the collection of time and attendance data at the point of site entry and exit, ensuring users have accurate real-time data available for all of their time management and payroll needs. They also provide documentary proof of entry and exit times should employment or project issues arise.

“We became aware that some of our operatives were not completing their set hours, so we were looking for a time and attendance solution which would help us to address this,” continues Millington. “A lot of building sites now use biometric readers, but some of these systems are quite cumbersome and need to have a computer set-up at each site. We wanted a system that used a mobile device so the data collected could be accessed from anywhere.”

When used to track time and attendance, Simeio’s biometrics solution helps firms to build definitive reports detailing all workers’ actual hours on a single site or at multiple locations. This data can be used to populate timesheets automatically, making the payroll process much faster and more accurate.

With the collected data stored centrally in the cloud, users can access it at any time via Simeio’s password-protected web portal. Customised reports can also be created to display live information – including hours logged, absences, qualifications and lateness, and then sorted by individual, team, contractor or site.

“Simeio’s solution was ideal because it uses a small, handheld device and means that the data collected can be accessed easily from remote locations. It also ensures rapid deployment, as there’s not a lot to install and Simeio configures the devices before they are sent to us,” says JS Wright & Co’s spokesman.

JS Wright & Co now has eight handheld devices incorporating fingerprint reader and mobile connectivity so that operatives can simply touch in and out when entering and exiting a site. The data is transmitted from eight separate locations over the mobile network to Simeio, where it is stored securely and can be accessed remotely by Paul Millington and his team via a user-friendly web portal.

“When our operatives go on site, they touch their finger to the handheld device in the morning and then again at the end of the day when they leave, so I can see from here in the office exactly what hours they have worked on site at any one time,” Millington continues. “It’s also good because there are different alerts you can set up. For example, before an operative puts their finger on the reader, they have to go through a screen confirming that they have all of their personnel protective equipment (PPE) – such as a hard hat, boots and high-vis jacket. This helps us with health and safety audit.”

Having accurate time and attendance tracking has reportedly led to better communication on the ground. As all operatives now have to report to a fixed point at a set time, the firm’s site foremen have the opportunity to interact with them directly. Those signing in and out of a site must communicate their desire to leave early or arrive late in advance, while it is also possible for managers to have notifications sent to their mobile phones when a worker arrives late or has left the site before the end of the agreed working day. This is particularly important where the monitoring of sub-contractors is concerned.

“This is a big benefit for us, as previously, it was hard to know whether sub-contractors were onsite or not. Now, we write into the order that every contractor has to sign in on the device, so our foremen are able to bring up an evacuation list that displays everyone onsite at any given time. Previously, they could end up walking round looking for people that, half the time, wouldn’t be there anyway. This also gives us recourse should any of the work completed fail to meet the required standard, as we can quickly find out whether those responsible worked the hours agreed.”

With biometric data processed and delivered in real time, JS Wright & Co can be sure that every individual onsite is identified and logged, improving the management of all people on all projects.

“It ensures our staff step up to the mark a little bit more,” Paul confirms. “It’s amazing the amount of phone calls I get now from people requesting to leave a little bit early for whatever reason – whereas before they would just disappear.”

According to Paul Millington, there has been a significant improvement in timekeeping and, although Site Roster Control initially generated some pushback from certain sections of its workforce, the reaction has since been entirely positive.

“The foremen soon realised the benefit as they are able to control our operatives a lot better. They also get to see everyone when they arrive in the morning, meaning they can direct them to where they are supposed to be. Importantly, they can see exactly who is on site with just a push of a button,” he concludes.

JS Wright & Co Ltd. is one of the UK’s leading building services providers. Founded in 1890 and with bases in Birmingham and London, the company specialises in the design and installation of heating, plumbing, ventilation, air conditioning, and drainage solutions.