Home › IoT News › Connectivity › Installed base of cellular M2M devices in the retail industry to reach 33.3 million by 2018 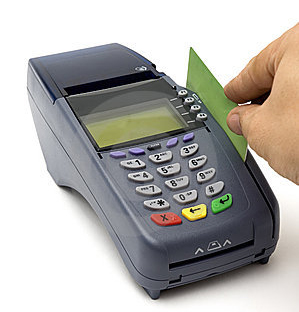 Gothenburg, Sweden – The number of cellular M2M connections in the retail industry reached 18.4 million worldwide in 2013, according to a new research report from Berg Insight.

Cellular M2M technology enables devices such as POS terminals, ATMs and ticketing machines to be used at new locations where fixed line connectivity is unavailable or impractical. The technology has a more transformational effect on markets such as vending and parking, where machine operators need to reorganise their operations in order to benefit from the availability of real-time information.

Berg Insight forecasts that the number of cellular M2M connections in the global retail industry will grow at a compound annual growth rate (CAGR) of 12.6% during the next five years to reach 33.3 million connections in 2018. Shipments of cellular M2M devices for retail applications will at the same time increase at a CAGR of 6.5% from 6.6 million units in 2013 to 9.1 million units in 2018.

POS terminals constitute the largest device segment and accounted for almost 90% of all cellular M2M connections in the retail industry at the end of 2013. The market for wirelessly connected POS terminals is however relatively mature, and most of the market growth is driven by the increasing use of electronic payments in emerging markets. In contrast to this, the adoption of cellular connectivity is still in a very early stage in the vending machine market. Only 7.4% of the 6 million vending machines in North America are connected and similarly just 2.9% of the 3.8 million vending machines in Europe are connected.

“Vending is the largest untapped market for wireless M2M in the retail industry,” said Lars Kurkinen, Senior Analyst, Berg Insight. “The North American market has recently entered a strong growth phase and is forecast to reach 1.14 million connected vending machines by 2018. Europe is expected to enter a similar growth phase during 2014–2015, which will drive the number of connected vending machines to 0.4 million units by 2018. Every vending machine will eventually be connected, but costs for the wireless M2M hardware and subscriptions still need to come down significantly before this vision becomes reality,” Mr Kurkinen concluded.