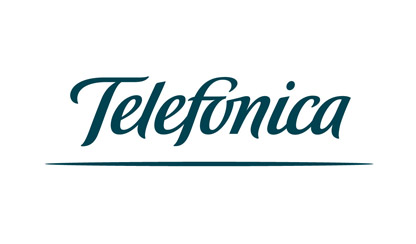 London, UK – A report commissioned by Telefónica Digital, in partnership with Navigant Research, has revealed that while smart meters are here to stay, uptake globally is at vastly varying stages. Utilities and technology providers alike must prepare for a market plateau which is expected to occur after 2018.

The paper found that, globally, markets are at widely differing stages in the implementation and deployment of smart meter initiatives, with penetration rates for electric smart meters specifically varying significantly between 2012 and 2022.

Europe and Asia Pacific show healthy growth potential, with the former seeing an increase from 14% to 86% in market penetration. This is largely due to the EU smart metering policy which requires 80% of households to have smart meters installed by 2020. Driven primarily by China, the forecast penetration rate in Asia Pacific will reach 68% by 2022.

In North America, growth is much steadier, following legislative incentives which led to an initial boom between 2009 and 2012. Electric smart meter installations in this region are expected to make steady progress over the next 10 years, reaching 91% penetration by 2022. Latin America, Middle East and Africa are expected to see significantly lower penetration rates through the forecast period.

The global electric smart meter installation figure is set to hit almost 800 million by 2020. China will be by far the leader with more than 435 million devices expected by 2020, followed by the United States with 132 million devices. Japan (58.7 million) and France (35 million) appear next, with the deployment of their first wave of meters imminent and projects expected to last through the majority of this decade. The United Kingdom and Spain are on track to meet the EU smart metering policy guidelines by 2020. The UK is expected to have installed 53 million electric and gas meters by 2020.

For technology vendors, these countries represent potential opportunities. However, each is at a different stage of smart meter adoption, both in terms of timeframe and gas, electric and water capability, with various policy and economic drivers in play. Savvy vendors will need a keen awareness of these particular drivers, and a local presence in order to have a chance of taking advantage.

Rob Searle, Smart Metering Industry Lead at Telefónica Digital said: “Smart meters play a vital role in the connected home of the future, which itself is a fundamental part of “connected living”. It will accelerate our transition to a more sustainable economy, and revolutionise the way in which we interact with our devices, our surroundings and each other”.

The global smart meter market is dynamic in nature and shipment patterns provide an important layer of intelligence when it comes to making the most of market potential. Through the forecast period (2012-2022), each region shows a surge of growth which can be attributed to the initial adoption phase, followed by a decline in growth as generally small deployments remain. While overall the revenue opportunity in electric smart metering is high at almost US$57 billion, Navigant Research expects that annual growth will be minor, from US$5.2 billion in 2012 to nearly US$5.3 billion in 2022. The annual growth rate therefore sits at just 0.1%.

The peak year in terms of revenue is expected to come in 2018 when the total will be US$7.4 billion. The years that follow are likely to see a steady decline in annual revenue with average selling prices per meter and unit volumes tapering off in 2022.

There are clear benefits to both utilities and the consumer. They will empower consumers by providing them with feedback on their energy usage, helping them to monitor, manage and reduce their energy consumption – UK consumers can expect a potential 5-15% saving in bills. Utilities will also benefit from reduced meter reading labour costs (as this becomes automated as opposed to manual), increased revenue protection due to better management of power usage and subsequent prevention of theft. Moreover, the open line of two way communication made possible by smart meters also gives way to better customer engagement.

Rob Searle added: “The research we conducted with Navigant Research provides confirmation that smart meters are to become a part of everyday life. Our report further outlines some important global trends which the whole industry must be aware of in order to plan effectively and make the most of what is a substantial opportunity for both sustainable living and lowering costs for consumers”.