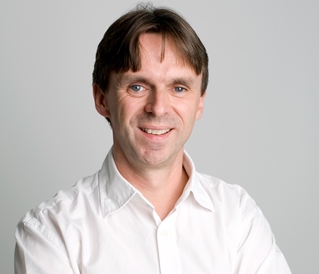 Cambridge, UK, April 3, 2014 – Senaptic, a new company focusing on ultra-scalable, private network solutions for IoT, is employing an old-fashioned, revenue-first approach to the development of smart cities and utilities.

In a sector of the Internet of Things (IoT) better known for elaborate research projects than commercial deployment, Senaptic’s business model is based on providing end-to-end solutions that are already turning the promise of the IoT  into significant revenue streams in global markets. The company, a spin-out from Plextek, has an experienced management team of entrepreneurs from the worlds of technology, R&D and business innovation. Together they are monetising and bringing scale to real-world IoT opportunities.

Senaptic’s solution starts with a business case, not a network, working with its growing ecosystem of technology partners and regional licensees to deploy systems tailored to local needs, delivering business benefits right across the value chain. Their business model has already been successfully rolled out in key markets that include Russia and China. Currently deployed systems include:

These and other solutions are available to local licensees through Senaptic’s Apella – an integrated suite of M2M packages developed to address IoT opportunities affordably, effectively and profitably. Apella incorporates Senaptic’s Ultra Narrow Band radio technology, which radically increases the return on investment from deployed systems.

The Senaptic approach is founded on the proven technology and business model of respected technology provider Plextek, which has shipped over six million IoT devices to over 30 countries. Senaptic will use this technology to bring scale and global reach to this successful model.

Will Franks, CEO of Senaptic, told M2M Now: “It’s clear that the Internet of Things is more than just game-changing. It is world-changing. The big question is how it can be rapidly developed and monetised. By removing the dependency on traditional networks, we believe that Senaptic has the answer.”

Senaptic CTO, Tim Jackson says: “A vast market exists for IoT solutions across sectors as diverse as smart energy, healthcare, asset tracking and much more. Senaptic’s focus is as much on understanding the opportunity as on applying technology that has already proven itself in the market. We are now looking forward to expansion throughout 2014 and well beyond.”

The Senaptic team will be attending the M2M World Congress, 24-25 April at the Grand Connaught Rooms in London.