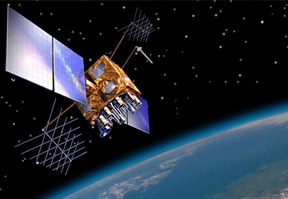 Tests conducted by Rx Networks and the European GNSS Agency (GSA) confirm that, when used in addition to GPS and/or GLONASS, Galileo significantly improves the accuracy of location-based services when used in challenging environments.


Tests were conducted in real-world environments, including urban canyons and indoors. These environments pose significant challenges to location accuracy due to multipath and obstructed views of satellites. Each test consisted of a three-hour data capture of GNSS signals, which was later replayed to produce hundreds of fixes using a multi-constellation GNSS receiver from STMicroelectronics.

The results showed that using Galileo with one or more other GNSS constellations provides significantly more accurate location fixes compared to GPS alone, when indoors or in urban canyons. As expected, the GPS+Galileo combination did not exceed the performance of GPS+GLONASS, due primarily to there only being four Galileo satellites available at the time of the testing. It is expected that, as more Galileo satellites are launched, the combination of Galileo with GPS will show further improvements in performance.

According to Gian-Gherado Calini, Head of Market Development at the GSA,

“Dual-constellation GNSS” designs are the standard for many smartphones and other devices. The combination of GPS and Galileo provides a robust solution and is expected to offer performance that will meet or exceed end-user expectations.”

“The results should be encouraging to any GNSS chipset manufacturer who is considering adding Galileo as a competitive differentiator.” The tables above show the summary results for various scenarios and constellation combinations. The GPS row shows the absolute 2D errors in meters. All other rows show the improvement (+) or degradation (-) in meters and percentages relative to GPS-only fixes. All measurements are within the 95th percentile.