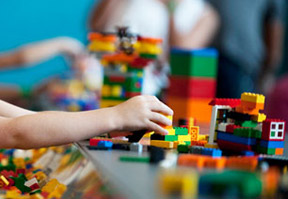 Despite considerable success, as evidenced by the plethora of innovative M2M solutions for consumers, companies and society, there is a fundamental issue that the industry ignores. Today’s cellular networks are not truly fit for purpose: they do not and cannot enable the optimum delivery of M2M and IoT traffic. They were designed for voice and high-volume data traffic: most M2M traffic has a payload of under 30 bytes and only needs a throughput of 100 bps. Moreover the communications overhead can be 500 to 600 bytes, so the overhead is more than an order of magnitude higher.

This has led to the development of lightweight communications protocols, e.g. MQTT and 6LoWPAN (6LoWPAN: great acronym). However, at best they are band-aid fixes. The real issue is intrinsic. The optimum M2M/IoT solution can only come by starting over, by designing and deploying a cellular network that:

Doable? Yes. It’s been done by SIGFOX, a relatively small French company that has gained significant traction as well as financial backing, but this is a blog, not a press release. What I really like about this left-field, genuine breakthrough development is the fact that it facilitates the entry of new players, both large and small, into a dynamic industry that is experiencing double-digit growth. And because the technology has been pared down to provide a fit-for-purpose design there’s not much that can go wrong. RF interference is not an issue: on GSM/CDMA networks it is. Subscriber IDs are embedded in the devices: SIM cards are not needed. And devices don’t need to be certified.

There’s a lot to like about this technology, but it shouldn’t be seen as a disruptive challenge to regular cellular communications. It doesn’t do voice or SMS or video: it’s a complementary development because what it does really well is something that regular cellular comms does badly. And because it has been picked up by mainstream M2M players like Telit, who have developed the requisite modems, as well as various entrepreneurs, it looks set to be a winner. In my opinion, the only way that the IoT will be able to deliver its over-hyped promise will be via networks based on license-free spectrum.

However, while 4G/LTE cellular was designed for seriously high-speed comms, it employs OFDM technology (orthogonal frequency-division multiplexing) and that can be used to deliver cost-effective low-bit rate services. The technology is there but the delivery mechanism has to be optimized, and right now this end of the market is at the baby steps stage. Various standards bodies are addressing the optimization issue but of course that takes time and meanwhile operators could be overtaken by next-gen wireless technologies that are specifically designed for the low-speed, low-power end of the market. SIGFOX allows entrepreneurs to build local and wide area networks using UNB (ultra narrow-band) technology over ISM frequencies, which don’t need a license. Semtech employs spread spectrum technology over the same frequencies, and Neul has been working with the TV white space area of the spectrum.

This is going to be an exciting space to watch.