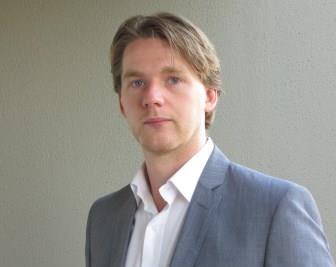 (Blog) June 30, 2014 — Making things is cool again! Looking into retail, big chains are out and homemade kitsch is in. In the gaming realm MineCraft and several thousand ‘build your own’ game clones are sweeping the internet.

KORE marketing and channel development manager, James Mack says, people are fleeing their safe ‘9 to 5’ traditional jobs to start up their own business and in true IoT style the frontier DIY spirit is pushing some great innovation in both the consumer and B2B space.

So, why do I think hobbyists and communities of everyday Joes like you and me have a chance to go head to head with the big boys in Internet of Things (IoT)? Here are a few reasons:

An essential part to the Maker Movement is the concept of play and to give people the freedom to let their wild ideas loose. This is the type of creativity that gives birth to revolutionary ideas that fundamentally redefine the way we live, work and play.

The main benefit here is that these are the products being developed out of love for the purpose of creativity and problem solving, as opposed to the “innovation” that major corporate and enterprise firms are trying to force. I’m not saying every hobbyist, amateur or maker is some altruistic techno-saint, but what I am saying is when your livelihood doesn’t depend on you being forced to come up with ideas to add wheels to a microwave and constantly think outside of the box, that’s where the real magic can happen. It’s the difference between saying, “we could make more money if…” and “wouldn’t it be cool if…”

Makers aren’t concerned with waiting around for approvals, or for the tools to come along to let them build things. They have an idea or a problem that needs solving and they just go out and get it done, it might not be elegant but it will work eventually!

Some great prototyping solutions are coming out of companies like Libelium, Arduino, u-blox and Gemalto and once you throw in some excellent resources like mbed or github it’s easier than ever for aspiring developers to test their ideas. You build your ideal M2M/IoT application on one of these concept boards, collaborate with other developers and can get something together to gauge demand and test the market in a matter of weeks.

It’s interesting to watch the shifting mindset of Mobile Networks as IoT and M2M becomes more prevalent. As carriers realise the potential revenue that will come with the growth of connected devices they are slowly moving towards a more open and accessible network which will speed developers to market.

While we sit back and wait for that to happen, makers are busily utilising anything and everything at their disposal to overcome the barriers of using a cellular network. This can be anything as simple as utilising Bluetooth, zigbee or WiFi to more complex and innovative solutions like extended radio networks or even companies like SIGfox.

It all comes down to that much loved adage, work smarter not harder. I’ve been to so many tradeshows and events where “experts” take to the stage and throw insider jargon and complicated diagrams up to scare potential adopters into using their expertise. Take the shift in Big Data over the years as an example, where those championing the benefits of spending millions of dollars on infrastructure have been replaced by people evangelising using cloud storage and event driven analytics. We’re poised to see a similar thing in the IoT space where companies are now talking about a giant all encompassing solution to be replaced by lots of smaller nimble organisations doing one part of the eco-system extremely well.

Reducing complexity is a necessity in the maker space, it’s not just about reducing cost but about reducing time. If you’re excited about what you’re creating you want to create it that much faster so you can watch your dream become a reality.

This may be the most important factor in overcoming one of IoTs biggest hurdles, Security. Last month Wired had an excellent article called “Why Gadgets in the Internet of Things need to be programmed to Die.” The biggest thing I took away from this article was not the concept of killing devices which are no longer supported by developers to prevent security holes, but the idea of opening end of life devices/applications up to the community to continue the support.

Open source is a pillar of the Maker community with everything from software, designs and even revolutionary mass transport systems (Thanks Elon Musk!) being available online. By building IoT devices around either Open Source development from Day 1 or having an end of life plan which opens the firmware up to the community, when it’s no longer supported, is going to dramatically reduce the questions around security.

So what are you waiting for, stop dreaming and start making! Get out there and claim your piece of the IoT pie – there’s plenty to go around.