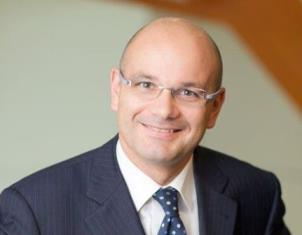 At an Analysts’ Day in Paris, Sierra Wireless executives unveiled the company’s plans for development within the rapidly evolving Internet of Things, as Jeremy Cowan reports. Foremost among these is LTE-M which, says the company’s CTO, “has the potential to revolutionise wireless IoT”.

Olivier Beaujard (pictured), the company’s vice-president of Market Development, gave some perspective when he said: “We are involved in worldwide research and development, and there are now more than 80 million M2M (machine-to-machine) embedded devices deployed by Sierra Wireless and in the field.”

Sierra Wireless believes that cellular connectivity will play a huge role in the Internet of Things (IoT), being “the most secure, reliable and mobile connection technology available”. The Canada-based company’s estimates, based on various third party sources, are that 68.5 million M2M cellular devices will be shipped in 2014, rising to about 200 million in 2019. But since the areas in which Sierra Wireless is active – modules, devices, and service/application enablement – between them account for (at most) 12% of the value of M2M devices the company will focus on volume business to sustain and enhance the success it has already achieved (See Table 1, below).

At present, Sierra Wireless’s top 25 customers drive approximately 50% of their volume measured by the number of units shipped (for 2013). In the module sector the company competes with the likes of Gemalto M2M, Telit and u-blox, and in device gateways with CalAmp, Digi and Cradlepoint. There are, of course, also considerable opportunities in supplying devices to OEMs (original equipment manufacturers) such as Cisco, PSA Peugeot Citroen, Renault, Ingenico and Philips – all of whom are Sierra Wireless customers. In service enablement, the main competitor is Jasper Wireless, and in application enablement it is businesses such as Axeda and Thingworx.

Against this background the company has set out three strategic priorities for its future growth:

So, what exactly has been holding the market back?

Technologies that leverage existing networks therefore make the most sense. According to the company, 4G/LTE is becoming the technology of choice for M2M deployments. There are global standards with CDMA and GSM converging in LTE, 2G and 3G networks are being ‘re-farmed’ to enable long-term LTE deployments, and there is the emergence of public/private LTE networks for critical applications in areas such as public safety.

Said Philippe Guillemette, CTO, “We’ve been working with carriers (on LTE-M) and this has the potential to revolutionise wireless IoT. It would offer low to average power consumption (up to five years for a device running on AA batteries), easy deployment, good security and mobility, average to low overall cost, very high interoperability, and low to very high data speed. Coverage would be better, he said, than local area networks with a gateway. Additionally, LTE-M could co-exist with proprietary networks. “It’s not the Holy Grail of radio for everything,” he said, “but if you want 5-10 years of battery life it may be the answer.”

Asked by M2M Now how the cost compares to today’s networks, Guillemette replied that it could be the same or lower than today’s 2G modules. “That’s achievable, it’s not a pipe dream,” he added.

LTE Category 4-6 provides broadband M2M services at speeds up to 300 kbps. LTE Category 0 could be ready for initial roll-out between 2015 and 2017, with data speeds up to 1 Mbps. LTE-M offering lower power consumption and coverage enhancement will be ready for deployment in 2017, he maintained, with mass build-out following after that.

The alternatives are technologies such as Long Range, Low Power RF from organisations like LoRa, SIGFOX, Neul and Onramp. They work only in unlicensed frequency bands with the attendant risk of interference, said Sierra Wireless. They do not leverage existing networks or offer chipset economy of scale, they are still proprietary, non-standard, not always bi-directional, and can be low rate. Set against that, however, these technologies offer extreme power savings and are good for private deployments, said Sierra Wireless.

The LTE-M initiative is said to cut device costs by reducing complexity (single antenna, half duplex), and offering low speed; curb power consumption with long sleep cycles delivering 100-fold improvement in battery life; and enhanced coverage while preserving medium levels of mobility. Finally, Guillemette pointed to what he calls the “goodies” of device -to-device connectivity like Mesh networks, and deployment in unlicensed bands.

Once a fixture is plugged in, a light point automatically appears on the CityTouch map at the right location and with its main technical parameters already integrated into the system. A few clicks later, the remote lighting management system allows central control of all lights in an area, either individually or as a group. The software also provides the current lighting status, auto-notifications of faults and accurate information on energy usage of each street light.

The system can provide significant energy savings to municipal customers – LED lighting combined with intelligent controls can reportedly deliver up to 80% savings in operational expenditure.

Philips CityTouch apparently chose AirPrime modules for the CityTouch LightWave system based on the level of global support Sierra Wireless is able to provide, as well as the potential for evolution in future products with a simple migration path from 2G to 4G technologies. For more information search ‘Philips’ at www.iot-now.com