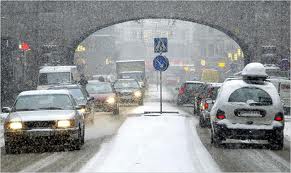 Stockholm, Sweden, July 2, 2014 – Svevia, Sweden’s largest contractor in winter road maintenance, has signed a contract for a GPS-based management and monitoring system for the next three years. The assignment has been awarded to B&M Systemutveckling AB in Uppsala in collaboration with Mowic AB.

“We needed to quality assure our winter road maintenance and also to reduce management costs,” says Olle Öberg, who is Senior Vice President Road Management and Maintenance at Svevia. “To begin with there were several suppliers in the procurement, but in the end the choice was made among three companies which were all competent to supply what we wanted.”

B&M Systemutveckling was awarded the contract due to a combination of price and technical expertise. B&M have previously delivered GPS systems to Svevia and are well acquainted with how the systems can help them in an effective manner.

“B&M have the most complete product and their price structure was also reasonable, so we are extremely satisfied with our choice,” says Olle Öberg.

The Mobiwin QA system provides the user with full information about which roads have been cleared and which remain to be done. It also shows which vehicles have finished their areas and can therefore be redirected where they are most needed.

In combination with the BlueTex GPS hardware, there are also functions for checking how much salt and sand have been used. The details of distances covered and material use can then be used as a basis for invoicing for both sub-contractors and client, which are municipalities or Trafikverket (the Swedish Transport Administration).

Previously, much of the reporting was done manually. This system means that sources of error and arbitrary decisions are avoided, which makes administration much easier. Svevia will be paid in accordance with exactly how much distance has been covered.

The system can be connected to a variety of hardware, such as BlueTex GPS from Mowic, which Svevia currently has installed in its vehicles. But it is also possible to connect it to GPS apps for tablets or smartphones.

“For us, it’s very important that we aren’t locked into a particular hardware platform”, says Olle Öberg. “Development trends are tending towards flexible solutions with apps for telephones and tablets. This was a decisive factor when we chose B&M as a collaboration partner.”

Svevia operates 1600 vehicles, has around 2000 employees and manages over half of the Swedish state road network, which consists of approximately 100,000 km of roads.