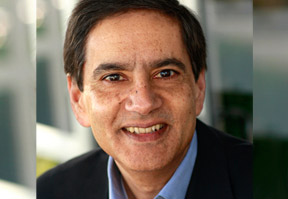 Essentially, Silver Spring deals with critical infrastructure issues in the IoT (Internet of Things), assessing and resolving what it takes to improve public transportation or smart utilities. The company’s founders wanted to create a platform that could be very agile. “It happened to find its first volume application in the Utilities and Smart Grid sector,” said Gadre. “In the last 18 months falling LED prices have been a catalyst for driving volume adoption of a networking platform. If we tie together the fact that device sensor prices are going to keep falling, and the cost to connect them seems to be falling that is the exciting part right now, because the diversity of devices is growing and if you lower the cost to connect suddenly there’s a plethora of interesting possibilities from precision agriculture to wearables.”

“The diversity is vast, but what is going to bring the greatest business benefit on Day One?” Gadre asked rhetorically. “We don’t know where the most interesting innovation might come from. It’ll be from someone who says ‘I have this interesting problem, and now this new data is available’.’”

One of Silver Spring’s differentiators is said to be its work with fixed devices that are hard to reach, as opposed to mobility. “It’s an interesting space,” said Anil Gadre, “because these are hard to hear ‘things’, they’ve got to last a long time, people are going to build new buildings, they put up signage and passing buses can block signals.”

“That’s the third element between device prices and connectivity, there’s the access to and capability of new kinds of data. In our space, street lights create a canopy under which new services can occur. The Copenhagen example is that they are driving towards their (environmental) sustainability goals which have a lot to do with how much energy they can save. Networked street lights can save them enormous amounts on energy bills, but controlled timing of dimming can also enhance the safety of bicycle riders,” he told M2M Now.

One of the goals in the Copenhagen project is to reduce accidents between cars and bicycles. Simply by changing lights at intersections based on traffic flow they believe they can reduce accidents. If you sense a heavy flow of traffic you brighten the lighting.

“What’s also starting to happen is that other city departments are saying, ‘Now that you have a network can I ride on top of it to do other things?’ That will spur the development of more interesting sensors, such as bridge strain sensors, noise pollution, and air quality because you have these assets that are conveniently high on the street.”

In Glasgow’s initiative around Open Glasgow and open data the city is hoping to be able to publish anonymised data so that innovators can build interesting new applications. They don’t presume what kind of applications will come from it.

“In our experience with utilities we’re finding that the next generation of big value is completely dependent on data from one silo being used by another. This is actually changing the cultural dynamics of how some organisations are created because, historically, you had  transmission, distribution, and customer service all very siloed and they rarely needed to talk to each other. Now they’re finding that they’re intricately interdependent. This is true worldwide,” Gadre added. “I was in Australia where one utility is creating a new operations centre, forcing three divisions that have had three separate buildings to sit in one room together. I think the richness of new applications is going to come from that.”

Smart cities are about people

He said that at an event he attended recently speakers from Copenhagen and Glasgow both talked of the need to remember that smart cities are actually just about the people, enabling far more interesting citizen services of different kinds. On a global basis, the customer or citizen being at the centre of new service development is really a change because of our consumer experience whether it is in telecoms, banking or rail, we are expecting that same sort of empowerment when we deal with governments or power companies.