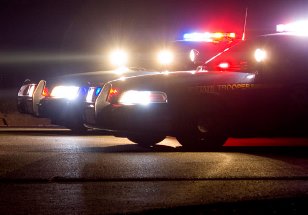 San Francisco, California, USA — M2M sensor networks are helping US and Brazilian law enforcement agencies to pinpoint the location of shootings, confirm the number of rounds fired and even identify the number of shooters. As Jeremy Cowan reports, California-based SST Inc.’s ShotSpotter Flex℠ gunfire detection and location technology can inform the authorities of all this in under a minute.

According to James Beldock, Product Development at SST, the system is “designed to tell people who need to know the precise street address, positioning information on shot location whether behind or in front of the building, the number of rounds, even the number of people doing the shooting. We can tell a responding officer that there were two shooters, each of whom fired 10 rounds in front of a building at 123 Main Street.

“When a gun is fired, the sound from that gun radiates out. We place a small number of sensors throughout the city, so as that sound radiates out the ShotSpotter server compares the time of arrival of that sound (at different sensors) and calculates the precise location,” said Beldock. “Data from that incident is reviewed here at our San Francisco Bay Area 24/7 Review Centre and then that information is published to law enforcement or security professionals whose job it is to  respond to that gunshot. All of that takes less than one minute and we provide precise information.”

The connection between each ShotSpotter Flex℠ sensor and SST’s data centre is a connection over AT&T’s machine-to-machine (M2M) network. SST also uses software tools provided by the operator to manage all of the connections. Sensors are typically mounted on electricity pylons, and use GPS (the satellite-based Global Positioning System) to assess the exact time and place of the shots. The installation in one city is reported to have cost US$260,000, and the resulting evidence is now admissible in US courts.

Sgt Nicole Abetkov, of the Richmond, California Police Department, said: “Prior to the ShotSpotter system we would have to wait until Despatch was able to get information from people calling in.

However, “twenty per cent of the times a gun is fired in the US someone calls 911. The other 80% of the time no one calls,” said SST’s Beldock. “ShotSpotter data provides situational awareness, potentially life-saving information.”

SST, Inc.’s client base grew and its coverage area increased by 20% in the first four months of 2014. In 2014, the company has added ShotSpotter coverage in five new metro areas and expanded existing deployments of ShotSpotter in several other cities. New cities that have recently contracted to deploy ShotSpotter include Worcester, MA; Miami, FL; South Bend, IN; Wilmington, DE and Bayamon and Trujillo Alto in Puerto Rico. In addition, the communities of Cambridge, Chelsea, Everett, Revere and Somerville in the greater Boston area will be implementing ShotSpotter as part of a pan-regional effort.

ShotSpotter as a Service