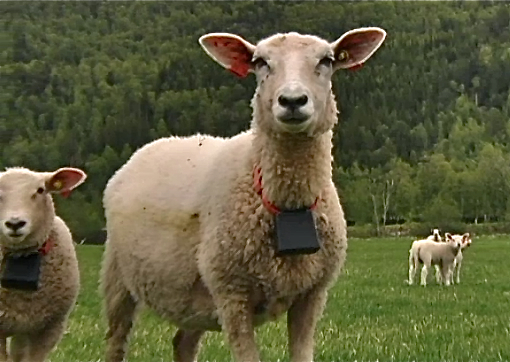 Dublin, Ireland, July 14, 2014 – Globalstar Europe Satellite Services, a wholly owned subsidiary of Globalstar Inc., has announced that FindMySheep AS, the M2M animal tracking firm, has purchased 12,000 Globalstar STXII simplex transmitters and associated data services for its revolutionary animal tracking collars. The firm has already activated all 12,000 M2M tracking collars – mainly on sheep and cattle in Norway. FindMySheep is also involved in trials where the collar is used to monitor cattle in Brazil and endangered species in North Africa.

FindMySheep chose Globalstar’s widely deployed M2M STXII chipset for its size, ruggedness, good battery life, ease of integration and competitive price point. The company is also trialing Globalstar’s new STXIII chipset, which is a third of the size of the STXII and delivers the lowest power consumption in the M2M industry. FindMySheep plans to migrate to the STXIII chipset, which will result in a more sleek design, in time for the 2015 grazing season.

FindMySheep’s tracking collar uses Globalstar’s satellite network to geo-fence livestock, helping farmers find animals that are close to the edge of a designated area or have escaped. It also gives farmers the opportunity to take a more informed and proactive approach to herding so that they lose fewer animals to predators. When it is apparent that a sheep has not moved in some time, the farmer is now able to send herders to the exact location of the animal, saving valuable time and resources. Farmers deploying the collars have already experienced a significant reduction in the number of animals lost to illness or predators, which has a direct impact on their income.

Over time, the FindMySheep system provides a data trail – based on tracking where the animals that produced the best quality meat were grazing – which can be used to determine the best grazing areas for future years.

“With each animal worth hundreds or even thousands of Euros, losing livestock to predators, or through illness, not only affects that year’s revenue, but can also have a profound impact on the quality of a farmer’s breeding foundation for years to come,” said Halvor Mjoen, FindMySheep’s founder. “Globalstar’s simplex transmitters and unrivalled satellite network make it possible to offer farmers an affordable and reliable livestock tracking solution that makes it easy to keep tabs on their animals during the grazing season in areas where there is little or no cellphone coverage.”

With hundreds of sheep going missing each year, in 2012 the Norwegian government part-funded an initiative to track farmers’ livestock so they could understand what is driving the disappearance of livestock and eliminate any foul play. This funding enabled Findmysheep AS, a Globalstar Value Added Reseller, to develop its tracking collar, with a back-office application that enables the farmer to visualise the whereabouts of the animals at any given time.