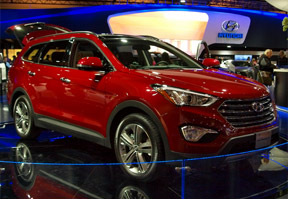 In July 2014, M2M research firm Berg Insight will publish its latest market research report on automotive OEM (original equipment manufacturer) telematics, which provides a global view on the use of connected car services offered by car manufacturers. As the firm says today in a sneak preview for M2M Now readers, the sector is gaining momentum.

Telematics is a broad term that may be applied to a wide range of connected services in the automotive industry. Berg Insight’s definition of a car telematics system is an automatic system designed for passenger cars that incorporates some form of cellular communication.

Automotive manufacturers can choose between several connectivity options when creating connected car services, which are not mutually exclusive. The main options today are embedded telematics devices, tethered devices and integrated smartphones. Car manufacturers often use a combination of these options to support different customer needs and keep pace with the rapid development of consumer electronics and mobile technology.

After many years of development, telematics has gained momentum and virtually all of the world’s leading car manufacturers have launched mass market services in key regions. The motivations behind the adoption of OEM telematics are both commercial and regulatory. Safety regulations that aim to make automatic emergency calls with vehicle location mandatory in all newly produced vehicles are being adopted in the EU and Russia with the eCall and ERA-GLONASS initiatives respectively. In Brazil, the government is instructing car manufacturers to install security tracking devices on all vehicles sold in the country through the so called CONTRAN 245 mandate.

In all three cases, the plans have proved difficult to implement in reality and deadlines for their introductions have been postponed many times. While the eCall and ERA-GLONASS initiatives finally seem to become a reality in the near future, the CONTRAN mandate was delayed again in May 2014. The delay can be attributed to concerns over the slowing economy and rising political protests in Brazil ahead of the general elections in October 2014. The future of the mandate is now again in doubt as car manufacturers are reluctant to add costs as car sales are declining in Brazil. In North America, commercial services have driven adoption of OEM telematics services that have evolved from being a differentiator to a mainstream feature offered by most car brands.

Berg Insight estimates that almost 12% of all private cars sold worldwide in 2013 were equipped with an embedded OEM telematics system. North America is today the most advanced automotive market with an attach rate of around 30%. Other developed markets such as Europe, Japan and South Korea currently have attach rates of 11-12%. China, which has been the world’s largest market for new car sales since 2010, is now also becoming a major market for telematics services with an attach rate of nearly 6% in 2013. In other regions, the attach rate is only 1-2%.

GM and BMW are the leading adopters of embedded telematics, offering the technology as a standard feature on all models in several markets. GM has been the leading adopter of telematics for more than a decade, making the technology an integral part of its value proposition in North America and China. Other major car brands offering embedded telematics on a broad scale include Hyundai, PSA Peugeot Citroën, Toyota, Renault and Volvo.

Berg Insight estimates that total shipments of embedded car OEM telematics systems reached 8.4 million units worldwide in 2013. Growing at a compound annual growth rate of 30.6%, the shipments are expected to reach 54.5 million units in 2020. The number of telematics subscribers using embedded systems is forecast to grow at a compound annual growth rate of 38.1% from 16.6 million subscribers in 2013 to 158.9 million subscribers in 2020. Moreover, Berg Insight forecasts that the number of sold cars equipped with head units featuring handset-based telematics capabilities will grow from 7.0 million worldwide in 2013 to 68.5 million in 2020.