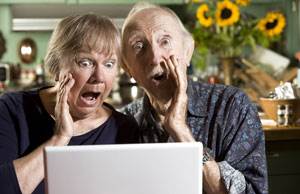 If you go away this summer and return to find an unexpectedly large phone or utility bill, spare a thought for Nigel and Linda Brotherton of Roughlee, UK who recently received a bill from their energy supplier, npower, for £500 million (€632 million).

As Jeremy Cowan writes, ‘bill shock’ has become an over-used phrase, but it seems fair when your previous monthly electricity bill was £87 (€110). npower told Mr Brotherton, a retired accountant, that if the £500 million bill was not paid within the month the company would increase his monthly direct debit payments to £53 million (€67 million).

The problem stemmed from an error by an engineer sent out by the Brotherton’s previous supplier, Scottish Power, who failed to wire a new meter correctly. Instead of recording the units used it failed to record any usage at all. When the meter was later checked manually by npower the meter reader entered ‘zero’ for the number of units consumed. The billing system ‘assumed’ that the meter had completed a full cycle and issued the enormous bill.

Despite repeated calls to npower and the UK energy regulator, Ofgen, the couple still have not received confirmation that the bill will not need to be paid. An npower spokesman has however said, “This was clearly a mistake, no extra money will be taken and we have processed a refund.”

This not only highlights the vulnerability of even the smartest metering to human engineering. Just as seriously, it also raises the question of why npower’s billing provider supplied the system without basic error checking code in place.

M2M Now can only leave the utility’s accountants and marketing department to assess the reputational cost and damage of running an untested system.