Home › Blogs › Does the IoT need standards? The clue is in the name 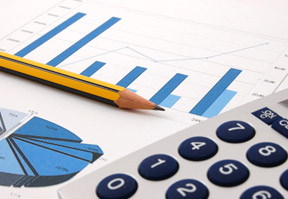 On 31st July Machina Research published “Standards for the Internet of Things”, a report which examines existing and emerging standards for communications, connectivity, networking, service layers, data abstraction and discoverability; all elements critical for the success of the IoT. It was interesting to place this standards work in the context of our wider research on M2M and IoT. In our view M2M is largely about connecting and managing things, while IoT requires a horizontal approach where data from multiple sources is available for use in a functionally separate application development environment. In both, standards are critical.

We distinguish between two main types of standards. There are those that are ‘downward-facing’ that establish connectivity with devices. This would include cellular, Bluetooth, etc.  We could consider these to be classic M2M technologies, since they relate to the provision of connectivity and little more. Here there are both standards, and non-standards based approaches to connecting devices. The history of communications technologies tells us that communications technologies based on standards tend to dominate. Barriers to entry are lower and scale is greater. We would not preclude the success of a proprietary access technology. Much depends on the commercial terms that can be offered by the organisation. In general, however, standards will tend to win out. Naturally, the diversity of requirements within the IoT means that there will be no single ‘winner’ in terms of wireless standards. Different technologies will be needed in different circumstances.

The ‘upward-facing’ standards are a little more intriguing. The aim with these is to provide common application interfaces for end users and application developers. Until now this has consisted of a mish-mash of proprietary platforms, including many that are very specific to particular verticals, supplemented by various standards. For vertical-specific ‘Subnets of Things’ to give way to the Internet of Things requires the emergence of a small number of leading solutions across connectivity and service layers. The OneM2M initiative should become the standard framework, but it’s an ambitious project (to say the least) and there’s always the fear that it will get bogged down in bureaucracy and hamstrung by the sheer diversity of interest groups that want to have their say.

In the meantime, the challenges of supporting the IoT move on, and so do standardisation initiatives. The key themes today are abstraction, semantics, and discoverability and there is much work ongoing from the likes of the OMA (with the LightweightM2M protocol), the Eclipse Foundation, HyperCat and AllJoyn.

Does the IoT need standards? The clue is in the name. Almost by definition the inter-networking of different devices, which is a requisite part of IoT, is facilitated by the use of standards-based technology. Where would the internet be without standards? Certainly not the internet as we know it.

You can find more details on the report Standards for the Internet of Things here: https://machinaresearch.com/news/press-release-standards-will-be-critical-for-the-emergence-of-the-internet-of-things/