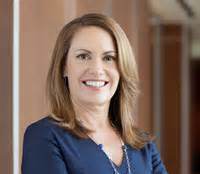 August 11, 2014 — IoT’s game of musical chairs shows no sign of slowing during the holiday season, reports Jeremy Cowan. If anything it is gathering pace and seniority as Microsoft and Stream Communications announce significant new appointments.

Johnson has quit Qualcomm to join Microsoft. She served most recently as executive vice-president of Qualcomm Technologies and president of global market development. In that role she was responsible for commercialising new business opportunities and developing strategic relationships. (See also: Qualcomm and Sierra invest US$5m in
Ireland’s Cubic Telecom to enhance embedded M2M connectivity)

“Peggy shares our worldview and knows what it takes to drive new growth in mobility and the cloud,” Nadella said. “Her experience uniquely positions her to lead Microsoft’s business development efforts, and she will be a great addition to our senior leadership team.”

“I’m thrilled to be joining Microsoft at such a pivotal time for the company and the industry,” Johnson said. “The opportunity to build new and surprising partnerships to help Microsoft succeed in a mobile-first, cloud-first world is truly exciting, and I look forward to leading these efforts.”

Johnson has a Bachelor of Science in electrical engineering from San Diego State University.

According to the company, IOTx is a next generation multi-connectivity platform that supports cellular, satellite and low power WANs. It reportedly provides a comprehensive, flexible and reliable solution for service providers to deliver IoT connectivity management to their customers.

Bill is a technology industry veteran, with over 20 years in key roles at successful Silicon Valley companies. Prior to joining Stream, Bill was EVP of Global Sales at Electric Imp, an IoT cloud and hardware connectivity platform company. Before Electric Imp, Bill was head of Global Business Development at Jasper Wireless, a cloud-based IoT/M2M platform provider, serving mobile network operators around the world. Before Jasper, he was Head of Global Business Development at Danger Inc. (which was acquired by Microsoft in 2008), a mobile software developer. Prior to Danger, Bill was a regional manager at Concentric Network Corporation (acquired by XO Communications in 2000).

“I am thrilled to join the Stream team. With a 14 year track record of success delivering M2M and IoT connectivity solutions to enterprises, Stream is well positioned to drive the next phase of growth in IoT, by delivering a connectivity-agnostic platform to service providers that allow their enterprise customers to manage any device regardless of protocol.”

Stream COO, Kevin McDowall, said: “We are delighted to welcome Bill onboard at Stream. His expertise in this marketplace will add further dimension and capability to the company going forward. The M2M / IoT market is growing at a phenomenal pace and Bill’s appointment will further strengthen Stream’s position as one of the leading innovators in this space.” (See also: Stream Technologies and Avanti sign partnership agreement).