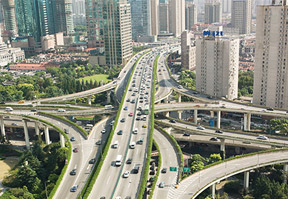 Vodafone announced findings for the Americas from its second annual ‘M2M Adoption Barometer,’ a global survey of the machine-to-machine (M2M) market. The study finds that M2M adoption has increased by more than 80% globally in the last year and predicts that more than half of companies in the Americas will implement M2M by 2016.

Keynote speaker and Vodafone’s head of Machine-to-Machine for the Americas, Andrew Morawski stated, “We are continuing to see M2M adoption rise as organisations realise its potential for driving innovation, cost savings and productivity. Increasingly M2M is moving from the back-office to customer facing applications as companies look to drive competitive advantage and commercial value from the Internet of Things.”

Nearly all (96%) of the Americas organisations implementing M2M strategies have experienced a return on their investment (ROI) such as greater competitive advantage, customer service and productivity. Barriers for adoption do remain including managing security concerns and the challenges of global deployment.

The proliferation of 4G is also expected to improve the ROI equation for many M2M solutions and enable new ones. Today, 81% of the Americas organisations say that 4G mobile is very or quite important for their projects.

On a global level, three sectors have emerged as front runners in M2M with nearly 30% adoption rates: automotive, consumer electronics, and energy and utilities. Automotive is the most mature of the sectors where M2M is now seen as an enabler for additional services such as remote maintenance and infotainment. M2M adoption in energy and utilities is also growing rapidly as ‘smart’ home and office services such as intelligent heating and connected security gain popularity.

Vodafone’s report shows that the consumer electronics sector is at the forefront of a shift from the warehouse to the living room. This uptake is being fuelled by the use of M2M in connected devices such as smart televisions and games consoles. The research shows that nearly three quarters of consumer electronics companies will have adopted some form of M2M by 2016, whether for new products, logistics or production.

Similarly, the report anticipates that 57% of healthcare and life sciences companies will have adopted M2M technologies by 2016. Take-up in the transport and logistics sector will be driven by fleet management benefits, as M2M-led routing, job allocation and maintenance schedules become even more evident.

Principal Analyst at Machina Research, Matt Hatton, said, “The most interesting finding from my perspective is the range of different reasons companies are giving for deploying M2M. Historically, M2M technologies have tended to be bolted on to add an additional cool product feature or to monitor some kind of internal process. We now see M2M is becoming fundamental to how organizations do business; in some cases, M2M adoption is also creating new business opportunities. These technologies are radically changing the way in which companies serve — and communicate with — their customers.”

The survey, carried out by Circle Research, captured the views of more than 600 executives involved in setting M2M strategy in seven key industries across 14 countries, making it one of the leading global surveys of M2M implementation.