Scandinavia - an area optimised for the development of M2M services?

Home › Blogs › Scandinavia – an area optimised for the development of M2M services? 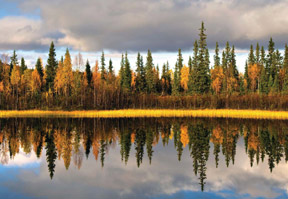 If you were to set out to design a geographical region that was optimised for the development of M2M services, it would probably look a lot like Scandinavia, according to Jeremy Green.

Economically advanced, with high GDP per capita, Scandinavia is technologically sophisticated with high internet penetration, and excellent mobile and broadband coverage. It has an educated and skilled workforce, commensurately high labour costs, and a business culture that is supportive of entrepreneurship and start-ups. So, it should be no surprise that the region contains some of the leading global players in M2M and also some exemplary local deployments. However, that’s not the whole story.

According to the specialist M2M analyst house, Machina Research, the M2M market in Scandinavia (comprising Denmark, Finland, Norway, and Sweden) had close to 55 million connected devices in 2013. This is expected to grow to 263 million devices by 2023, close to a fivefold increase over the period. That translates, in financial terms, to €12.9 billion for devices, installation and service in M2M, again for 2023. Machina has highlighted intelligent buildings and consumer electronics, followed by utilities (inclusive of electric vehicle charging stations) and automotive, then healthcare smart cities, and public transport as the most important sectors.

There are strong, innovative companies at all levels of the value chain, including mobile network operators, specialist M2M MVNOs and service providers, software platform providers, M2M enablers and communities, as well as a vigorous Internet of Things (IoT) layer.

Scandinavia’s mobile network operators, notably Telenor and TeliaSonera , were early pioneers in M2M. As a result of their early starts they learned some hard lessons about the M2M value chain, and have emerged stronger as a result.

According to Robert Brunbäck, CMO at Telenor Connexion (the operator group’s main M2M subsidiary): “Being first is costly, partly because you need to make mistakes on the way and partly because prices for hardware, development, connectivity etc. have been relatively high in the early days. The market has been too silo oriented and the complexity has been to get hardware, connectivity, software and  digital services to work together. We are trying to push the market by having a more holistic approach and taking end-to-end responsibility for those customers that want to minimise risk and investment.”

TeliaSonera also places emphasis on its role in packaging and delivering end-to-end solutions, even though most of these are heavily dependent on partner-supplied components. Many of the use cases it cites are about business process optimisation, including digital signage, connected vending machines, monitoring of forest machinery, and waste management. The privately-held Swedish company, Info24  and its software platform tingo, has a salient role in several of the propositions. But there are also some intriguing ideas for new consumer-facing services, of which my personal favourite is the digitally enhanced playground developed in conjunction with Kompan (a supplier of outdoor equipment) and Swedish embedded IT specialist, Prevas.

Scandinavia is also home to independent service providers, of which one of the best known is Maingate. This company provides both connectivity as an MVNO and a platform for device and service management. Maingate’s head of product management, Staffan Eriksson, perhaps unsurprisingly argues that: “…the power position of the MNOs in the M2M value chain is becoming a hindering factor when they apply the strategies they have used in the mobile sector. These strategies will end up leaving the customers locked in to the technology provided by the chosen actor. This will give the customers a great disadvantage as it inhibits the flexibility needed to find suitable solutions to new challenges or to address emerging opportunities.

“The vendor lock-in that comes with their control over the connectivity part of the solutions may prevent the market realising the potential of M2M. We already see a number of customers searching for solutions that will prevent them from being vendor locked-in and give them the freedom to change supplier without having to replace their SIM fleet.”

An important role in co-ordinating development activities is played by Swedish M2M Service Enablers (SMSE), best described as an umbrella organisation, which brings together both large and small companies involved in M2M. It receives sponsorship from major telecoms operators like Telenor, Tele2 and TeliaSonera, and hardware and software vendors including Ericsson, Cisco and Microsoft. Its 28 members resemble a roll-call of Sweden’s innovative IoT start-ups, such as Watty,Yanzi Networks and imagimob. The founder, of SMSE, Magnus Melander, also runs a consulting company, Wbird, dedicated to “helping decision makers across industries figure out how IoT solutions can provide value to their business. We are also working with entrepreneurs targeting the IoT opportunity [and] educating the market, positioning Sweden as a good place to look for skills and solutions.”

Although Scandinavia’s IoT sector is mainly composed of small start-up companies there are also some ‘intrapreneurial’ activities within larger companies. It’s hard not to like some of the adventurous proof-of-concept work done in Ericsson’s consumer lab. Of course, Ericsson’s involvement in M2M is not limited to cute demonstrations. The company is one of relatively few providers of “3rd party provisioning platform software as a service.” Its device connection platform, which it bought from Telenor in 2011, is making inroads into the operators market that has hitherto belonged, almost exclusively, to US company Jasper Wireless.

But while it is obvious, and right, to focus on the supply side for M2M solutions, a major contributor to the development of the market has been the leading role taken by user organisations’ own IT departments. According to Emil Berthelsen, a principal analyst at Machina Research: “Optimising and improving business processes through connected devices and applications has had a long tradition in Scandinavia. So in many situations, M2M and Internet of Things have continued to be addressed by IT departments. In other developed markets, the benefits of M2M and IoT have been driven by production or marketing departments.”

This has made for some powerful use cases. Berthelsen singles out for special mention Danish company DONG Energy’s Power Hub, intended to be part of a centralised  management system for smart grid solutions which create balance between electricity generation and consumption. This makes it easier to use renewables within the power grid.

Berthelsen similarly cites Swedish utility company Vattenfall as an example of a new customer-facing service, in this case energy monitoring for both residential and corporate customers, enabled by M2M. Both companies, he says, are “leveraging a host of M2M concepts to profoundly change the energy market”.

But while being among the first movers in a new sector can deliver ‘early bird’ advantages, there is also the risk of ‘first mouse’ disadvantages. According to Maingate: “In some cases, the first movers in smart metering in Sweden miscalculated their business case and basically went bankrupt due to a really bad business model.

“The costs were higher and the revenues lower than they had expected. It is one of the drawbacks with the large volume infrastructure deals, the customer (utilities) pressures the supplier to an extent that no company is willing to deliver, or can live up to, the tough requirements regarding pricing, SLAs, service availability, or manage the risks and liabilities,” said Eriksson.

He also argues that the enthusiastic involvement of the telcos, which has created a strong legacy of M2M solutions oriented
towards business process optimisation, has meant that Scandinavia is somewhat behind in terms of IoT solutions.

“We are weaker than US companies regarding the end-user focus, understanding and addressing the needs of the user. Much of the Scandinavian M2M heritage comes from the telco side, and here we see that primarily the US is complementing the M2M business with its IT and internet technologies. This is something that is now starting to grow in Scandinavia as well, but there is still a distance to go to catch up with the USbased companies.”

Telenor’s Brunbäck is also upbeat about the prospects of IoT in Scandinavia: “We are starting to see quite a few promising IoT initiatives in Scandinavia as well. The national Scandinavian market/consumer is very keen to try out new, innovative consumer goods/services. For the coming years we will see rapid development as size of sensors and components decrease, battery capacities are improved and cost of  hardware goes downhill. Things that we cannot today imagine will be connected and we will have sensors in anything from food packaging, to clothes, toys, and pets.

As more things, people, and processes are getting connected, the value will increase exponentially if data is captured, managed and visualised in the right way. I think our strong Scandinavian tradition of user-centered development and service design will be critical in using technology in a sensible, valuable and sustainable manner.” 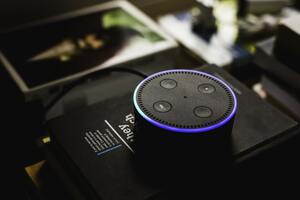