Telematics and fleet management forge ahead in Brazilian M2M market 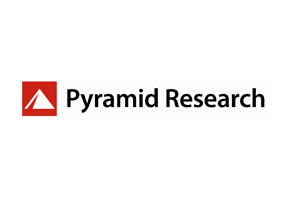 Telematics and fleet management will be the most dynamic sector in the M2M market in Brazil, rising in value from US$934 million in 2014 to $1.8 billion in 2019, at a 14.5% CAGR. Regulations are the key growth trigger for the telematics and fleet managements sector in Brazil, which will account for 49% of total M2M revenue five years from now. This is largely due to a new legislation which was introduced by the Brazilian government in mid-2013. The law demands that 20% of new vehicles have to be equipped with M2M devices by the end of 2013; a figure which will rise to 40% by August 2014 and 100% by the end of 2014.

According to the Sao Paulo Transport Union, 1,256 vehicles are stolen every day in Brazil, translating into over 450,000 stolen cars per year. The majority of stolen vehicles are likely to be taken to neighbouring markets such as Paraguay and Bolivia, a huge cost to insurance companies and consumers. In order to reduce vehicle theft and minimise the impact on users, Brazil’s State Traffic Department (DENATRAN) implemented the SIMRAV Program in 2013. The program establishes that all value chain participants, including equipment vendors, system integrators, and mobile service providers must be certified by DENATRAN, forcing the development of a formal M2M ecosystem for the telematics and fleet management sector in Brazil. According to Daniel Ramos, senior analyst at Pyramid, “Policy and government initiatives are the key triggers for getting M2M services off the ground. Adoption of regulations in large markets such as Brazil will have a domino effect on the rest of Latin America.”

Telefónica and América Móvil stand atop the rest of Brazil’s mobile operators when it comes to M2M profits. Ramos says: “Both companies have taken an early lead in the M2M market in Latin America. Their strategy has focused on building their M2M capabilities in the larger markets first, but we believe they will export their successful M2M initiatives to other markets in the region in the near future.” Although Telefónica and América Móvil will likely gain the most from the government regulations in Brazil, Pyramid expects competition to intensify as other mobile operators launch M2M offerings and pure-play mobile virtual operators, such as Porto Seguro and Vodafone, enter the fray. Ramos adds: “It is high time for mobile operators to assess the M2M market opportunity by developing strategic alliances with technology vendors such as Jasper Technologies or Axeda, a PTC business, to  increase revenue opportunities and protect their customer base.”