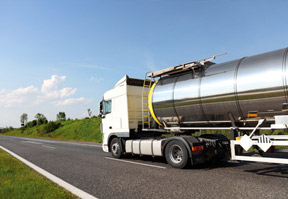 Connected car installations have thus far been dominated by low-bandwidth 2G connectivity. But this is set to change; by 2023 LTE will account for 60% of all automotive mobile connections, according to Jeremy Green of Machina Research. By that time 2G connections will be a small and rapidly diminishing proportion of connections, and LTE will be outstripping 3G connectivity too. There are three main factors driving this transformation.

Firstly, Machina Research predicts that automotive connections will increasingly be dominated by factory-fitted, embedded connections, rather than by after-market devices. The latter will still be the largest category in 2022; there will be 1 billion of the latter, and only 540 million of the former. But the embedded device category will be growing much faster, from around 20% of connections last year to 35% by 2022. These devices will, by their very nature, be intended to support multiple applications – unlike the single-purpose devices, designed to support usage-based insurance (UBI) or stolen vehicle tracking, or navigation, that characterise the after-market. Not all of these applications will require high bandwidth, to be sure. Remote diagnostics and maintenance, UBI and vehicle tracking will all remain resolutely narrowband. But auto manufacturers and service providers will both want to make sure that those embedded devices will support other applications only just emerging, or still to emerge. Given the long product and replacement cycles in the car market, future-proofing demands that the embedded devices can support the highest possible bandwidth that can be planned for.

Future-proofing impacts on the decision in another way. We can be reasonably sure that there will be LTE networks in place in 2022. We can’t be nearly so sure that the same applies to the 2G or even 3G networks. LTE is so much more efficient in its use of spectrum, and the demand for bandwidth is growing so fast, that network operators and regulators alike are looking to ‘refarm’ 2G/3G spectrum. Some operators, notably in Australia, Korea and the US are already moving towards the shut-down of the 2G networks, and others are likely to follow. There may be counter-pressure to retain some spectrum for 2G, and perhaps even to maintain a shared 2G network, precisely for the purpose of maintaining support for legacy 2G M2M devices, but LTE would be a safer bet.

The economics of module manufacturing will also increasingly favour LTE. This will be primarily driven by sheer scale. As LTE comes to dominate connections in general, for tablets and smartphones even more than for M2M modules, it will become cheaper – not as cheap as 2G within our forecast period, but the price barrier that prevents it being deployed in lower-value M2M applications will erode. Moreover, there is an evolving standard, called Cat.0, which is aimed at supporting even cheaper LTE modules specifically designed for M2M, or “Machine Type Communications” (MTC), as it is designated within 3GPP. The specification, which is defined within 3GPP’s Release 12, achieves cost savings in part by capping data rates, by reducing on-board memory and processing, and allowing for more latency than ‘plain vanilla’ LTE, so it might not be suitable for some kinds of automotive application categories such as Advanced Driver Assistance Systems (ADAS). Either way, it is an open question whether increasing scale or the Cat.0 approach will deliver a sub US$20 module first.