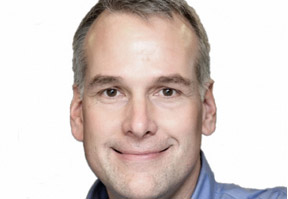 Telcoexec recently spoke to Ken Forster, managing partner of global venture partnering group ThingMUSE, about how he got to where he is, ThingMUSE and what it is about the connected world that inspires him most.

You’ve been at the forefront of driving/evangelising a ‘connected world’ for many years – could you tell us a little about your career journey?

You might say I was destined for this field having grown up in Silicon Valley. My father was an aerospace engineer designing early computer-guided weapons, and my first job as a young teenager was programming metal cutting robots. I completed my engineering degree with a focus on control systems, and found myself part of a ‘factory of the future’ project at Lockheed.

The start-ups eventually called, and I was an early stage employee/ co-founder of early PC-based manufacturing software companies such as Wonderware, ObjectAutomation, AutomationWorx and Industrial Vortex. I was recruited into Philip Morris to help them create an eBusiness team to better ‘connect’ with their retailers using new technologies such as RFID, in-store signage, business intelligence and mobile computing – and went on to lead their overall information architecture as well as creating a ‘retail store of the future’.

The Coca-Cola Company recruited me for a similar role to better integrate their bottlers and retailers, and to manage the point of sales technology in retail stores, fountain outlets and vending machines. This became the core pillar of our go-to-market strategy, and Coke’s lead in ‘connected’ retail. I had the opportunity to move to Switzerland and create a new business with Syngenta, the worlds largest agricultural input company, and an early leader in ‘connected’ precision agriculture, designing the ‘farm of the future’.

The start-ups eventually called again, and I joined ThingWorx to develop their global presence. After we sold the company to PTC, I left to focus on advising and angel investing in high-potential, seed-stage companies in the Internet of Things (IoT) and Machine to Machine (M2M) space – with a focus on companies in those regions not well served by the hubs of venture capital.

Where does your passion for start-ups come from? What drives you to get involved?

I’ve always been the disruptor, challenging the status quo, advocating and building innovative models, and asking “why not?” versus “why?”. I love surrounding myself with those who do the same – and one is likely to find this more in start-ups than anywhere else.

Why did you create ThingMUSE?

Since being in Europe, I have been amazed at the innovation and quality of the young ecosystem in IoT and M2M. I co-founded ThingMUSE with my former ThingWorx EMEA team to help develop these companies through both capital infusion and hands on guidance. We play an active role in positioning them for success in the global marketplace, linking them to capital, partners and customers. To date, we are advising about a dozen companies as well as two US venture capital funds.

Why is it called ThingMUSE?

The term ‘Muse’ implies both inspiration and deep thinking – in our case both related to ‘Things’ as in the ‘Internet of Things’. We seek to inspire our portfolio of companies with a deeper knowledge of the IoT and M2M industry and technologies. Thus our tagline: ‘Cultivating a connected future’.

How does ThingMUSE help people?

Our goal is to find and cultivate innovative IoT companies in regions underserved by the hubs of venture capital. Our focus is seed stage companies that provide critical, enabling components or platforms accompanied by scalable, recurring revenue models – with a strong bias toward low capital intensive models.

We don’t simply invest capital in these companies, we take an active role in cultivating them, removing risks before bringing in other investors. We work with them to define their promise, position, placement, partners and pipeline, as well as introducing them to upstream investors, customers and new hires. As they establish themselves, we act as an advisor, supporting their strategic and operational choices for growth. We ultimately connect them with potential strategic exit partners.

What is it about the connected world that inspires and excites you the most?

As a Silicon Valley native, I was taught early that information is power – when shared. Over my professional life, I’ve seen information liberated from systems, people and now things – and brought to our fingertips. Anyone with a connection to Google today has access to more information than President Clinton did just 15 years ago. I see Industrial Automation, M2M and now IoT as simply the continuity of this information-liberation. But of course, this is only the beginning. What happens when not only the information is shared – but so too the power to control?

As an American working in Europe – What do you see as the fundamental differences for tech start-ups in these regions?

Europe has deeper roots and traditions, which puts a longer-term perspective on business and technology. This generally makes European start-ups both more conservative and humble: under-promising and over-delivering. While this typically produces more robust business fundamentals and proven technologies, this can often hamper their commercial opportunities through too conservative marketing and a too narrow sales effort.

Who have been your mentors/inspirations?

While I have admired some of the industry luminaries, I’ve been lucky to have several closer professional inspirations in my life:

What do you consider to be your greatest success to date?

I see my whole professional life as a series of successes, each building one off the other. Developing the ThingWorx business and selling this to PTC was certainly a nice win, but I suspect we will have even more interesting wins in the near future.

What advice would you give to those climbing the ladder/seeking success?

Beyond the key lessons mentioned below, the best piece of advice came from my mother who told me at an early age to surround myself with those people that best modeled who I wanted to be. I’m also a strong advocate of the Silicon Valley ‘Pay it Forward’ ethos.

What are the key lessons you’ve learnt?

Relative to life, there are probably three:

What are the biggest mistakes/failures that you have encountered?

In many ways, they are the antithesis of the lessons learned:

An interesting quote from an IoT conference earlier this year predicted that over 50% of the enterprise IoT market will be addressed by start-ups that don’t even exist yet. I love having a role that enables me to meet and work with these innovators, helping them position and accelerate their offerings to a global audience.

If you could present a TED talk – What subject would you cover?

I would call it ‘Cultivated a Connected Future – a personal activist approach to creating a better-architected and more accessible connected future’.