Home › Blogs › More of a network of Subnets of Things than an Internet of Things? 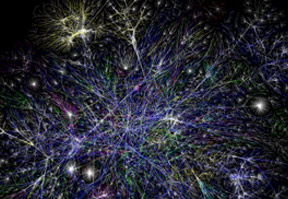 There’s a lot of hype around the Internet of Things (IoT) right now, but is the concept of the IoT really a useful way of thinking about our future connected environment?

To help analyse the Internet of Things, Machina Research has coined the term ‘Subnets of Things’, by which we mean an island of interconnected devices, driven either by a single point of control, single point of data aggregation, or potentially a common cause or technology standard. We believe that Subnets of Things (SoTs) are a significantly more relevant concept than the Internet of Things.

The first thing to note about the Internet of Things is that it is a very different concept from M2M and cannot simply be regarded as an agglomeration of connected devices and other information sources. The development path from M2M to the IoT is long and complex, and it is natural that in some way this journey will be completed in more ‘bite size’ chunks.

At Machina Research, we think that this stage of development will be driven by common ownership of data sources, or common cause amongst the owners of data. Examples could be a utility that builds connections between its’ smart metering solution and its field force solution. The utility in question can do this because it owns the smart meters, the field force capability and the applications that support these capabilities and the data that those applications generate. In short, the systems, connected device and IT environment within an enterprise can be regarded as a potential Subnet of Things.

The key thing to recognise about these Subnets of Things is that the unique quality that they possess in terms of the potential willingness and technical feasibility of sharing data between applications enables them to develop far more quickly than a full Internet of Things.

A logical next step is to extend the concept to Data Communities, which we define as a community of devices, sources of data and data owners that could potentially give rise to a Subnet of Things. An example might be the group of intelligent buildings providers that use SeeControl’s platform, or the group of companies that use ThingWorx’s platform.

It is clear that SoTs are a significant and critical step on the path to any future IoT. Put simply, we believe that whilst it will be relatively easy to convince a defined group of similarly motivated people to ‘standardise’ sufficiently to create a SoT, it will be far harder to convince everybody in IT (and related) industries to standardise so that that SoT becomes unbounded (i.e. the IoT).

In conclusion, we believe that there is some benefit to using the term Internet of Things to describe a theoretical, aspirational, end-point to the development of our connected environment. However, the reality is that the concept of ‘Subnets of Things’ (SoTs) is far more useful and relevant to anyone seeking to develop ‘IoT’ solutions or applications.

Machina Research published extensively on the topic of the Internet of Things. For more information contact the author: jim.morrish@machinaresearch.com