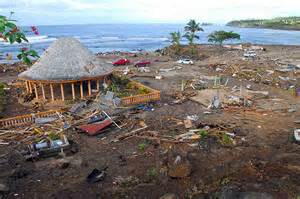 A new tsunami warning service based in India has been scheduled for launch in the first quarter of 2015. The system’s developers, RegPoint are opening a new Indian office in Hyderabad to support the operation and have hired a director of operations to drive through the final stages of technical development.

The Boxing Day tsunami of 2004 killed 230,000 people in 14 countries around the Indian Ocean, and nearly 2 million people were displaced. The wave also cost the Indian economy an estimated £3 billion (€3.8 billion). Despite a significant time lag between the earthquake and the impact of the tsunami, nearly all of the victims were taken by surprise. There were no tsunami warning systems in place – and people paid the price.

The Indian government is now preparing for the launch of the new disaster warning service, working in association with RegPoint. Siddhartha Das, an experienced technical manager with local experience in the region, has been hired to run the growing operation.

The warning service will have the ability to send SMS messages immediately to all mobile phones in a designated locality, pinpointing precise warnings, guidance or other information to a specific geographical region before a disaster strikes. It will be able to provide citizens, in the case of a tsunami, with accurate and rapid information on the size, scale and expected time of the disaster, as well as with advice on how best to secure their safety.

In the nine year period since the tsunami, despite major advances in mobile health and safety technology, effective and modern early warning systems remain conspicuous by their absence across much of the Indian Ocean, despite being readily available.

The Indian National Center for Ocean Information Services (INCOIS) has recognised how imperative an effective early-warning system is and has been working with UK based firm RegPoint to put one in place.

“Even in a technologically advanced 21st century, we remain dangerously exposed to the worst Mother Nature has to offer,” said RegPoint’s chief executive, Sophia Salenius. “When we launch our new warning service in 2015, which we have been developing in conjunction with the Indian government, we will have gone a long way to preventing future loss of life. When the final technological development is completed early next year, we will have the capability to utilise a wealth of information and state of the art scientific analysis to significantly improve survival rates when disasters hit.”

Siddhartha Das, the newly-appointed director of RegPoint’s India Operations, commented: “We have been faced with some technical challenges over the last six months that we are now beginning to overcome. With the help of a new technical partner on-site in Hyderabad, we are making the final improvements to a system that will undoubtedly save hundreds of lives.”