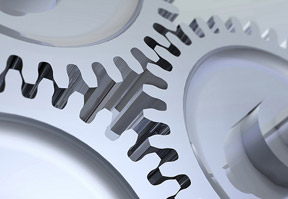 We need to train the next generation how to create the Internet of things. But the process of passing information from human to human is still a work in progress.

You have to marvel at the efficient way machines do business with each other. They don’t mess about. If I walk into my local shopping centre, Camera A takes my picture and passes the information onto Computer B in the time it takes me to get through the entrance. As I negotiate my way through the charity huggers and the leaflet passers, Computer B has already processed my image data. By the time I’m passing WH Smiths, B has already estimated what sort of person I am, given the visual dimensions captured by the Camera A. In a fraction of the time I dither in Smiths, B has consulted Database Silo C and worked out what sort of product would appeal to someone of my estimated age, sex and weight. In the work of a millisecond, the machine decides the exact type of product advert that would appeal to a person like me. Without resting on its laurels, it then sends a request to Video Server D, which in turn starts streaming video at Giant Plasma Screen E.

Which explains why, in a regular event that always baffled me, an advert for Greggs Pies always seems to play whenever I walked past that particular screen.

No wonder the machines are taking over. If only we humans could communicate and conspire as efficiently. But we can’t, partly because we are so complicated. Whereas, thanks to their limited range of options and their speed at reviewing them, machines make decisions and advance far quicker than us. How can we be more like machines?

I ask this because we face a challenge of our own. The M2M sector could be a $945 billion dollar industry by 2020, according to the Economist Intelligence Unit. But that advance could be hamstrung by a lack of skills to make it happen. According to Bloomberg, there are 750,000 ‘digital’ jobs going begging in London alone.

So we need to train more people in the necessary skills of development and systems integration. But, given my experiences of IT training, humans aren’t great at passing knowledge on to each other. Which is odd because, despite the infinite varieties of human configuration, we should still be able to find some common ground on which to communicate with each other. Instead, many trainers use the default mode of sticking to a script or, worse, reading out of a manual.

What do we do about this human complexity thing? Should we dumb down to be more like machines? That’s a lifestyle choice that many human beings are voluntarily making in the connected world. But I’m not sure about this. We’ve taken millions of years to evolve our intelligence – why chuck the baby out with the bathwater? Besides, machines are getting cleverer and more complex by the day – while we go the other way – but they still seem to keep the essential discipline needed to synchronise.

Having been on many comms and IT courses, I would hope that the training for machine to machine communications would be more sophisticated and humane. As a youth, I was never inspired by the idea of programming. The thought of coding won’t inspire many students into this industry either. But commanding, I would argue, might. That’s what coding is, surely, learning how to command armies of machines and make them do as you wish.

Thankfully, there’s evidence that the Generation M2M is going to be much better prepared by trainers with more imagination. Companies likes Sphero in the US and the recently launched SAM Labs, have created toys and development kits that make learning M2M skills enjoyable, because they involve making machines do mad things. A SAM kit, for example, is made up of Sensor Actor Modules which communicate with each other and can be programmed to mount an attack on a burglar. The genius of the inventors of these systems  (Ian Bernstein at Sphero and Joachim Horn at SAM Labs) is that they have found the right level on which to communicate with their audience. Between them they have advanced the cause of human learning massively. It’s taken a long time to get this far.

But a machine would have learnt a lot quicker, I fear.