Home › Blogs › Is it lights out for the light switch? 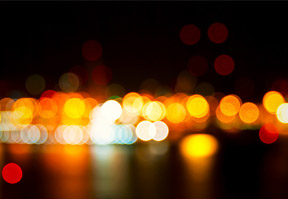 Although designs have changed over the years, consumers have been using the same basic technology since the 1880s to switch on and off the lighting in their homes and offices. Now, with smartphone penetration at an all-time high and the market for smart LED bulbs increasing exponentially, has the time finally come to permanently turn off old light switches?

According to IHS Technology, this year 70 percent of all mobile subscriptions in North America will have a smartphone connected as part of their service. Meanwhile, approximately 880,000 connected LED smart bulbs were shipped globally last year. With new lighting products entering the market seemingly every week, sales are forecast to ramp up very quickly in the next few years, with connected LED smart bulb shipments to surge to more than 11 million units in 2018.

LED suppliers hope that consumers will be willing to pay a premium for the ability to remotely turn their lights on or off. Consumers can also change the color of lighting to personalise their environment or turn lights on while on holiday to appear as though someone is home. Many believe the additional functionality from these solutions, combined with the popularity of more powerful mobile devices, will drive the smart lighting market in the future.

Many of the smart bulbs currently on the market use a controller or hub as the interface between a homeowner’s Wi-Fi router and the bulb(s) installed. However, increasingly the requirement for this additional device is diminishing, with manufacturers such as Samsung and LIFX starting to sell Bluetooth or Wi-Fi-enabled LED bulbs that enable the smartphone to directly connect to the bulb.

Despite these benefits, many consumers have yet to be won over by adding intelligence to their lighting. In some cases the requirement to lose their light switch is seen as an inconvenience or a disruption to comfortable, traditional routines—such as consumers personally turning on the light switch when they get home. To overcome this type of resistance or objection, Philips earlier in the year announced the introduction of a wireless and battery-less switch as an add-on to the Hue range of its products.

So, is it lights out for the light switch? IHS believes that consumers will likely start to buy one or two smart bulbs for their homes, but it is unlikely they will start ripping out switches and adding intelligence to all their lighting sockets.