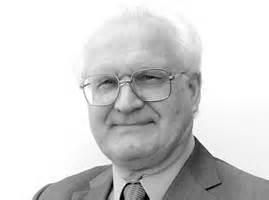 Take a lot of unrelated and minimally related things such as passive RFID, ZigBee, Wireless Sensor Networks and hobbyist micro-controllers and give them a grand new name such as the Internet of Things, says Dr Peter Harrop, chairman of IDTechEx. Instantly you can claim it is a substantial market already and set to be much bigger in future, if only because you will shovel other things into the definition.

How about bouncy toys and spaceships? Another nice trick is to give cumulative sales on the false assumption that nothing is ever thrown away: the figures look much bigger. Sell it all as ‘The Next Big Thing’. You can unload a lot of reports and consultancy on the back of that.

Analysts IDTechEx take a different view. Using the meaningful definition for the Internet of Things as smart objects with their own IP addresses operating and even collaborating without human involvement at the time, IDTechEx aligns with the more sober view of companies such as Cisco in the USA, which seeks to sell the systems, and Bosch in Germany, which seeks to sell up to 10 or more sensors per node.

On that view, the potential is still substantial, but not in the immediate future because of a host of impediments to roll-out detailed in the IDTechEx report, Internet of Things (IoT): Business Opportunities 2015-2025.

The Internet of People (IoP), from mobile phones to wearable electronics, runs to billions of devices already but almost all of the IoT projects involve under 1,000 nodes. The Internet of Things will eventually involve ubiquitous smart objects in billions that sense and communicate directly over the internet, creating better data without human intervention.

Its time has come because there are now enough IP addresses available for hundreds of billions of items, Chinese microcontrollers with wireless interfaces and many sensors are tumbling down in price and large companies are backing IoT with huge investments. There are far more things than people so it could overtake the IoP business eventually. In 2024, tens of billions of smart objects may well be involved but, from a near zero starting point, it could be far less.

The author of this blog is Dr Peter Harrop, chairman, IDTechEx