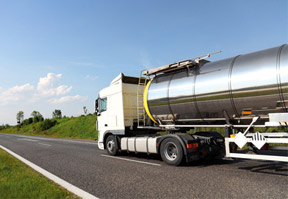 Mobile network operator Verizon bought Hughes Telematics (HTI) in July 2012, which included fleet management assets as well some other verticals. In 2014 Vodafone bought Cobra Technologies, which in compliment with its Zelitron asset offers a strong opportunity to pursue the fleet market.

Moreover, the vehicle manufacturers themselves, arguably the sleeping tiger of the telematics industry, have begun to take an interest, albeit often in partnership with the aftermarket specialist companies. Within the last year Telogis has announced arrangements with Volvo for Volvo Link, Ford for Ford Crew Chief, GM for OnStar for Fleets, Hino Trucks for Hino INSIGHT, and Mack for Mack Fleet Management Services. Daimler Virtual Technician, a remote diagnostics solution offered in North America, is provided by Zonar Systems. The relationship with an aftermarket supplier goes some way towards negating the major disadvantage of manufacturer-supplied fleet management solutions, i.e. the presence within operators’ fleets of trucks from different OEMs. The possibility of pairing built-in connectivity and sensors with brought-in devices for the user interface and application framework may also shift the balance somewhat; Volvo’s Dynafleet and Daimler Fleetboard both offer a smartphone app dashboard as part of the overall solution.

And this last development points to another potential disruptor; the future role of the major mobile OSes – Google, Apple and perhaps Microsoft. The Google Play Store and the Apple App Store both offer many low-cost applications which can be used by individual truckers and the managers of small-to-medium fleets. Examples include MyCarTracks, Fleet Manager, Fleet 101 K2 Transportation Management System, Spedion, and Big Road. Microsoft has fewer apps in its portfolio, but the HERE mapping and navigation platform which it licenses from Nokia has real potential. There can be few truckers who don’t own a smartphone these days, even in emerging markets. A lightweight fleet management application, downloaded to a smartphone, updated automatically and provisioned with information from the increasingly sophisticated sensors within the device, interfaced with a web portal for the fleet manager, could prove an attractive alternative, especially for small companies without any sort of legacy IT estate.

These small companies are in a way the most interesting segment of the fleet management market. While big in-house fleets and logistics companies have long appreciated the benefits of using telematics solutions, penetration at the smaller end of the market remains very low. Small companies, and independent truckers, who make up the bulk of the logistics industry in most emerging markets and not a few developed ones, remain unconvinced about the business case. Perhaps those apparently un-arguable demonstrations about cost savings contain some glaring flaw visible to small business owners but not to suppliers. Alternately, perhaps there is something wrong with the commercial aspects of the fleet management products and services that make them unsuitable for small and cash-strapped businesses.

The entry of new kinds of player, with new sorts of proposition, into the fleet management market may turn out to be just what the doctor ordered for bringing the benefits of the technology to the smaller end of the market. The current round of turbulence may be an early sign of something better to come.