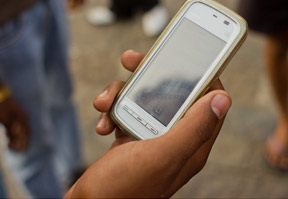 An IoT device, a thing, enables short- to medium-range connectivity via an embedded RF. When needed, wide area connectivity comes via an IoT gateway that has an embedded cellular modem and these products can accommodate hundreds or even thousands of individual IoT inputs. I wanted to get that out of the way because of all the hype and confusion that surrounds the IoT.

A regular gateway provides baseline LAN-to-WAN conversion: there is no added value. Next-gen multi-function smart gateways are packed with functionality that facilitates the creation of flexible, efficient, future-proof solutions. Example: employ most mainstream connectivity interfaces in order to match different environments. Not wildly exciting. But how about using the gateway as an application development environment: it makes sense to create and deploy the app in the environment where it will be used.

The sensors that monitor and measure physical parameters are low-power, low-frequency RF endpoints. They are small, battery-powered devices, can operate in the field for up to seven years, and communicate with the gateway at distances over 10 miles. Each gateway can manage thousands of endpoints and transmit their data over the cellular network to the preferred data management platform.

The end-to-end-architecture of this gateway addresses important aspects of deploying and managing distributed devices in the field. In addition to the integrated device hardware and software building blocks, there’s an M2M Integration Platform called Everyware Cloud, which provides real-time, bidirectional topic-based messaging, a database that doesn’t have to be preconfigured, and an events processing engine. Functionality includes device, application and user authentication plus connectivity management and session awareness.

That was a very quick take on two interesting, innovative developments. They indicate that there is a professional side to the IoT, i.e. an “Internet of Corporate Things’: a technology that allows enterprises to include connected products in their corporate strategies and strategic initiatives.

The ability to download an app to a smartphone or tablet and be able to use it right away has become something we take for granted. The application store model represents a very efficient distribution and deployment process. An online store would allow IoT applications to be deployed by authorized parties in the same way that PC images are deployed to new PCs when they come onto the corporate network.

Therefore, this is an automated process with which IT personnel in different locations are very familiar. It is not something most of us think about, but replicating that process for industrial IoT applications will enable the creation of an ecosystem having both public and private sections.  It’s a development that’s coming over the horizon.