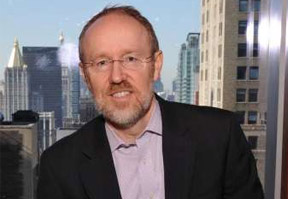 Despite the overwhelming evidence of the benefits of digital health over the traditional analog services, we have seen significant barriers to adoption that have resulted in what I refer to as the Ten Paradoxes of Digital Health. This article will address the Utilisation Paradox.

The Veterans Administration (VA) has provided the most comprehensive studies on the impact of digital health offerings to address the needs of chronic disease patients. Adam Darkin, chief consultant for Care Coordination at the VA, has been the visionary and the revolutionary who has driven the adoption of digital health services among over 100,000 chronically ill veterans. This has become the largest and most innovative delivery of coordinated care among the chronically ill anywhere in the world. He has done longitudinal studies of the impact that these digital health offerings have on patient satisfaction, costs, and healthcare outcomes by disease. Consequently, I have used his data on over dozen engagements with clients in designing these type of digital health solutions.

The VA studies have also been used as the guide to create similar programms in the United Kingdom for the National Health System (NHS), who found similar beneficial results. These, and nearly every other study demonstrate that digital health solutions decrease healthcare system utilisation by between 20-40%, depending on the disease being addressed, and generally cost about 25% of the savings generated, thus enabling a return on investment o 4:1.

So what’s the problem?

Most healthcare systems can’t figure out how decreasing utilisation saves money and allows them to bank this 4:1 ROI.

I was leading a discussion on this topic in London two years ago. On my conference panel I had the head of innovation at NHS and I had the leader of health innovation at Vodafone. I told them the following story and then asked them if things would be any different in the UK.

Several years ago Telefonica went to the Spanish government and offered to help them address the high cost of chronic care in Spain. Telefonica offered to make all the investments necessary to deliver a comprehensive digital chronic care solution and would only charge the Spanish government for services provided when FEWER PATIENTS went to the hospital. Telefonica was willing to provide a total solution completely at TELEFONICA’s RISK. Telefonica thought this offer was so attractive that the government would logically accept it.

To their surprise the government turned them down. After Telefonica recovered from the shock of rejection they asked them “why won’t you accept our offer? Do you think we will fail?”

The Spanish government said, “no, we think you will succeed; and if you do then that actually increases our healthcare costs in Spain, it doesn’t decrease them.”

When I finished this story, the NHS confirmed that Vodafone would receive the same response in the UK. Indeed, the criticism of the Whole System Demonstrator project in the UK was that while it decreased hospitalisation, improved patient care and outcomes, and lead to record levels of patient satisfaction, they couldn’t figure out how to use this to save money.

So despite the fact that nearly all studies of Digital Health show 20-40% reductions in health system utilisation, health systems in developed countries can’t figure out how to turn that into economic value; emerging markets and consumer driven systems are creating new Digital Health systems and I believe they have the ability to leapfrog developed markets by designing systems that can value this type of digital health solution.