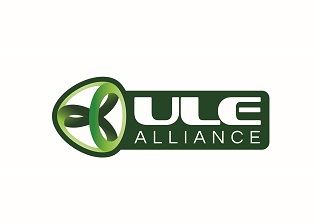 Devices and machines which can be connected to multi-functional networks are in high demand. Network-compatible solutions are already common in IT and other sectors such as automation and smart homes. However, most products are expensive, limited to individual manufacturers, or difficult to install. With the new ultra low energy (ULE) standard which uses secure DECT-frequencies, Ludger Voetz reports that experts are  seeing a change for the better. Analysts like IHS Research predict that by 2015, as many as 50 million ULE products will be sold each year.

As the name ultra-low energy suggests, ULE is extremely energy efficient. Actuators and sensors based on the ULE standard can be operated up to 10 years on the same set of batteries. The wireless standard, which is based on Digital Enhanced Cordless Telecommunications (DECT), offers an important feature to challenge the leading standards in the markets of smart home, building automation, security technology and climate control. In addition to the low energy consumption, ULE also scores in other areas in which previous solutions failed to impress the user. Complex control devices as well as simple sensors such as motion, temperature or smoke detectors are easily integrated into one and the same network, because ULE, unlike most current solutions, allows multivendor networking. That’s why — just like WiFi for broadband products — ULE could become the most popular standard among device users where efficiency and range are important. ULE frequencies can cover distances of up to 50 metres within buildings and up to 300 metres outdoors.

“Unlike solutions that use WiFi and other wireless standards such as ZigBee or Bluetooth, ULE products don’t interfere with other devices such as microwaves, baby monitors or garage door openers,” explains Jochen Kilian (above) from the ULE Alliance. “ULE uses the protected frequency band from 1,890 to 1,900 MHz, which is exclusively reserved for DECT.”

So far, DECT has been used for cordless telephones. For ULE, special algorithms for encryption have been implemented. The Advanced Encryption Standard (AES) is a secure encryption method for electronic data, established by the U.S. National Institute of Standards and Technology. Thanks to the secure authentication and encryption technology to protect all data, and thanks to a much lower power consumption (microampere), DECT-frequencies can now be used for applications and solutions beyond telephony.

To install and combine ULE-enabled products, users often simply have to push a button on the actual device, which makes ULE a user-friendly technology. Unlike with conventional DECT products, up to 2,000 actuators and sensors can be connected with each other via ULE. When it comes to speed, the transport layer of ULE can build a connection to the actuator, send a control signal and then cut the connection again in less than 50 milliseconds. The short latency allows real-time communication between a DECT base station, such as some Gigaset devices or a FRITZ!Box router, and ULE-products.

ULE allows multivendor networking and is said to be eco-friendly

Another reason why manufacturers are becoming increasingly interested in the ULE standard is that in many cases, no new hardware is needed to set up a ULE network. Instead, existing gateways can easily be upgraded to ​​ULE via a simple software update. Without actually taking into account these millions of DECT gateways which already exist, IHS Research assumes that the number of units in the market for home automation will increase by an average of 70% per year from 2012-2018. The experts also predict that 50 million ULE products will be sold in 2015.

Consumer electronics which can be connected to multi-functional networks such as smartphones, game consoles and Smart TVs have been in high demand for quite some time. It seems as if the smart home sector will follow suit.

The author is Ludger Voetz, a freelance journalist and consultant from Münster, Germany. He lives in London from where he writes about the latest developments in IT, machine-to-machine (M2M) communications, home networks and consumer electronics.