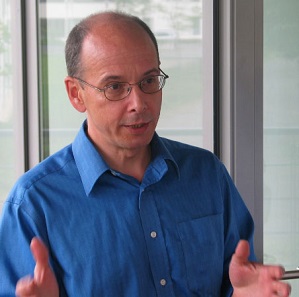 Alun Lewis will already be familiar to many readers, having been a regular contributor on the Internet of Things (IoT) and machine-to-machine communications (M2M) for M2M Now in print and online and also covering telecoms business and operations support services (BSS/OSS) for M2M Now’s sister title,VanillaPlus, for which he has been writing for more than 15 years.

Editorial Director and Publisher of WKML, Jeremy Cowan, commented: “We are delighted to announce that Alun will be taking over as editor of M2M Now, having contributed stimulating and valuable articles throughout the last four years since the launch of the magazine. He was most recently in Amsterdam for us, reporting on European Utility Week 2014, and you can read his coverage in print and here online in the latest issue of M2M Now, out on December 5th.

“Alun brings to the role a wealth of experience and contacts, sound technical knowledge, and a firm grasp of the commercial challenges and enormous opportunities facing the communications industry. Alun has worked in telecoms PR, as a freelance journalist, and an industry analyst, and we are proud to add him to our rapidly growing team. I will now be taking on an exciting new role as Digital Editor-in-Chief of M2M Now and VanillaPlus, allowing me to write more and to stay close to these fast developing markets.” said Cowan.

Lewis has more than 30 years’ experience in marketing communications, public relations and journalism in the convergence sector. During the 1990s, he worked for Nortel EMEA , as well as Cable & Wireless and Bellcore. He has also travelled extensively in Australia, India, Pakistan, China, and the USA.

You can contact the new editor of M2M Now magazine, Alun Lewis at: alun@iot-now.com