Home › Blogs › Do we have an ‘Internet of Stupid Things’ problem? 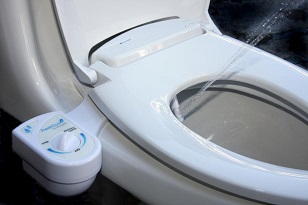 Recently I learnt about an INKTalks speech, says Manfred Kube, where the topic of discussion was the Internet of Stupid Things. It’s not currently online, however, it did manage to create some Twitter buzz from its attendees.

When I first heard the title, my interest was well and truly piqued and in a way I could understand the case that could be made for such a topic.

Internet connected toilets that can be flushed and deodorised from your smartphone, automated pH sensors that tell you when your milk is going sour, or a ‘smart egg tray’ that tells you when you’re running out of eggs in the fridge. For goodness sake, I hear you cry – what has society come to when we need technology to flush and spray, check the Sell By dates and stop us from using our powers of deduction whenever we open the fridge and see the egg tray.

While some of these innovations may seem frivolous – they are innovations nonetheless. Actually, we should call them inventions for now – I guess, we’ll have to see if these solutions will become successful in the marketplace – by definition a prerequisite for an innovation, strictly speaking. Some of these applications may be slightly overkill, but to those Nay Sayers, I’d like to offer three simple comments:

It’s a big world. One man’s frivolous task is another’s big issue. In a global market, with a low cost of entry into IoT (Internet of Things) development – thanks to devices like our Gemalto concept board – why let a big imagination be constrained by a perceived ‘lack of need’? Someone will probably need it, and as long as it’s not your sole commercial focus … then why not – we should applaud the innovation and thought that’s gone into it.

Secondly, seemingly vapid applications of technology can support brilliant ones. Who’s to say that the sensors and software used to track the souring of milk couldn’t find a new lease of life in transporting large supplies of vaccines or medicines long distances? Or in managing hospital drug stocks? Indeed, we call this the ‘serendipity’ effect – some of the ‘stupid’ applications may reveal the potential for something really groundbreaking. So keep them coming and the application of said innovation can be worked out later.

And finally, it’s still very early days for the IoT. Experimentation is vital. We’re still testing the bounds of what’s possible with these sensors and this technology. As Henry Ford is attributed with saying, “If I’d asked customers what they needed, they’d have said a faster horse.”

Now, particularly given that the IoT requires a whole new type of imagination because the rules of what’s possible have changed, so too will it be difficult for consumer demand to define the next wave of successful IoT applications. Sure, some – like NEST – will be relatively obvious. But others? We must wait on the inventors, and for the market to decide if their inventions are useful or not.

So, in short, no matter what people say to you about the ‘Internet of Stupid Things’ don’t let it put you off coming up with your own crazy or wonderful inventions.

And if ever in doubt – just look at Alexander Fleming and his discovery of penicillin – it was a total accident. So who’s to say that the connected toilet deodoriser won’t find some other more lofty application in the years to come?