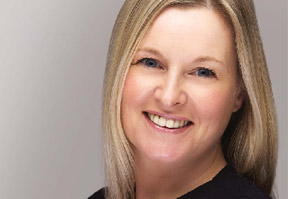 As telecoms services have moved away from basic voice and data to become all-pervasive aids, supporting new ways of living and working, it’s increasingly important that the industry itself embraces and adapts to human challenges implicit in this technology revolution. In particular, it has to find ways to learn from the new generation of female pioneers in management and engineering who can use their insight and life experiences to make the most of the exciting new world emerging before us.

This is especially true in the IoT domain, where new technologies and services can be used to intelligently balance work-life boundaries across home and office environments, or exploit the social, health, and educational benefits that the IoT can bring to the working and personal lives of employees.

With these issues in mind, M2M Now’s Alun Lewis recently sat down with one of the industry’s female pioneers – Wyless’s Gilli Coston – to discuss the benefits of a more balanced workforce; and what both individuals and organisations can do to bring this about.

Appointed at the start of the year as managing director for Wyless EMEA and as chief strategy officer for the Wyless Group. Gilli has been involved in the M2M and IoT space for more than 20 years, moving through a number of increasingly senior posts with service providers and consultancies.

AL: Gilli, a number of governments around the world have set targets to increase the numbers of women in board positions in large companies. Mirroring this, reports from organisations like international headhunters Egon Zehnder, indicate that their presence has been steadily increasing – at least in Europe, North America, and Australia. In Europe, for example, over 20% of directors on the boards included in its 2014 study are women – a major increase from just 8% in 2004. Other regions now also seem on the cusp of adopting much more gender-diverse executive strategies. Good news, but there’s still obviously a long way to go – and many male executives are still sceptical about the need for female representation at senior levels. What do you see as the key benefits of a more equal environment?

GC: Alun, simply put it is about having a ‘balanced and bold approach to business’.

Our industry’s recent history is filled with textbook examples of once-great companies that started believing their own myths, had self-perpetuating aggressive management cultures, excluded anyone who challenged the status quo, and focused on parameters of success that were far too narrowly defined. The results of this were plain to see in the massive collapse in earnings and hundreds of thousands of redundancies that hit the industry in the early part of the century. Creating a more diverse executive culture by drawing on a wider range of individuals – rather than selecting someone who looks and sounds like they come from central casting for the role of an alpha boss – can help mitigate the dangers of narrow thinking.

Complementing this is the factor of dealing with a greatly changed business and social landscape. Boundaries of all types are positively eroding – and it’s often our industry that’s providing the technological tools to break down those boundaries. It’s common now for projects to be worked on by teams in different countries, serving customers whose own operations are similarly highly distributed – and all of these communities come with their own cultural richness and practices. Is business really done between businesses – or is real business done between real humans? If the latter, then companies  increasingly need access to as wide a repertoire of skills, insights, and relationship-building empathy as possible to operate in such a diverse new world and embrace new generation thinking.

Imposing an overly simplistic binary vision of male vs female roles and responsibilities would be out-dated and pre-historic. It is so much more than that. As a species, humans are almost infinitely variable and extremely adaptable. Gender alone isn’t necessarily definitive when it comes to behavioural characteristics. What’s needed is a broad spectrum approach to problem solving – and you won’t get that through having a business monoculture!

AL: Building on your own career history – and recent appointment to senior roles at Wyless – how do see the future evolving?

GC: I enjoyed a superb 18 years at O2 with 15 years of that working with some great people building M2M business inside O2 and Telefonica, followed by an IoT strategies consulting role at CGI. This prepared me to bring some great thinking, methodologies, and empowerment from these leading, world-class employers to Wyless. I found a very receptive audience here. Bringing such a policy to life within a living, breathing  corporation isn’t about setting cosmetic targets and objectives that sound nice in the social  responsibility section of the annual report. Instead, it’s about taking a series of small, incremental steps in the right direction that – collectively and ultimately – will create an environment that’s a great place to work for men and women of all cultures, capabilities, and ethnic backgrounds. Such a strategy also helps a company to become more commercially nimble and successful. We have made a great start already and having the opportunity to play small part in that makes for an exciting personal future.

AL: What advice would you give, to both women and companies, when it comes to developing a successful career in such a currently male-dominated environment as the telecoms and the IoT spaces?

GC: Modelling and mentoring! I really can’t stress enough the importance of creating a network of diverse role models and mentors. Throughout my career, I’ve had the honour of having some very special male and female role models. Some are already well known within the industry such as: Dr. Mike Short CBE; Derek McManus, and David Plumb who are all stalwarts at Telefonica; Richard Hawkins-Adams of the TM Forum and Gravitas Global; and a series of people at Wyless such as Chris Lowery and Ahmad Dar. I’ve known all these enlightened people for over 10 years and they’ve always gone out of their way to support me and others. Dr. Mike Short, in particular, deserves praise as someone who has pioneered the advancement of women through the GSMA and continues to inspire the wider industry in a number of creative ways.

As far as female role models are concerned, I really have to – sadly – step outside our industry.  Brilliant women such as Sarah Brummitt, the brand and development guru; Carmen Bostic St Clair, author and former CEO of over 50 companies, and Mhairi Hearle, former director of OXFAM in Scotland. These women continue to personally touch my life and support others through their inspirational engagement, example, and empowering work.

I truly always value all of these men and women for their modelling and their selfless mentoring.

There are no ready-made templates out there for successful living and it’s up to each of us to assemble the right sets of mental tools and strategies that best fit our own particular circumstances and the individual nature-nurture inheritances that come from families and early environments. There are a lot of self-realisation and management training approaches that essentially ask people to ‘act’ in ways that are ultimately unnatural to them, or fit into corporate hierarchies that reward sociopathological behaviours. Instead, what this should be about is creating enabling behaviours that allow people to retain their personal authenticity and simply be themselves while still functioning at maximum  efficiency both in work and outside. To be able to remain true to oneself is the greatest gift – and to demonstrate that it’s okay to still be yourself in a business environment is for me the gift that keeps on giving.

AL: One complaint that’s often made about empowerment strategies, especially where quotas or ‘special treatment’ are concerned, is that they can encourage a victim-type mentality amongst the excluded cohort. While social forces and preconceptions obviously play a major role in discrimination, at the end of the day it’s down to individual choice – and some women simply don’t want the stress or macho culture often found in senior management roles. What’s your take on this aspect of the debate?

GC: It’s a very valid and important issue and it’s interesting to see the changes in how women see themselves since the first wave of ‘new’ feminism in the 1960s and 1970s. Interesting research from research company Catalyst on the performance of women MBA and STEM graduates found that the most highly qualified female business graduates lack the ambition of their male counterparts in sectors such as engineering, man ufacturing, and natural resources. So we still have a challenge here to ensure women see the opportunities and are encouraged to go after them and not be discouraged by any “that’s the way things are” attitudes that they will inevitably come across. This means stepping out and not accepting the status quo, but politely and firmly proving their value in the world of IoT.

Fortunately, in this they will find that they already have a growing number of enlightened male allies out there in management who already see their wives, daughters, and female friends as personal and professional equals and will be ready to provide a supportive voice if needed. Such people have usually seen the negative impact of mono-cultural, macho management thinking in their careers – often displayed by both sexes – and will be actively seeking more balanced strategies in the workplace and business. Experience will always win out over ego in the end!