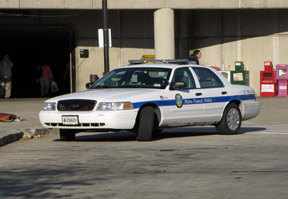 This is the story of how Edmonton Transit is creating the “Moneybus”. It’s interesting because it cross over three recent blog posts I’ve written: the first was how “Moneyball”, the story/movie about Billy Beane using advanced algorithms / Big Data to find value in Baseball players that other teams were missing. The second was how the Toronto Maple Leafs are using Big Data to better utilise their resources on the ice. And the third relates to how cities are using Big Data to offer better service.

The idea of the Moneybus is simple….can a city use data about incidents that are happening on its Transit System to better predict where there may be trouble spots?

The Edmonton Transit has been doing just this and with great success. To allow the Transit Police to better predict where there may be issues and staff up accordingly, the system regularly generates data on incidents, the number of expected passengers in an area and known locations of criminals.

Here is an idea of what their report looks like (courtesy of the Calgary Herald): According to the article, the Transit Police have three main responsibilities:

1.Calls for service from the public

The data from this initiative may not have a huge impact on the first responsibility given it is virtually impossible to predict where/when some calls (such as a heart attack/accident) may take place. However, access to this very valuable data can certainly help on the second and third responsibilities. While the trends may not always be perfect, they do provide great visibility on the likelihood of major issues.

It also facilitates how to staff Transit Police in a rapidly growing city like Edmonton. Thanks to this data, the executives are now armed with knowledge on how many calls are generated in each area. This means they are better able to plan their growth to reflect an increase in ridership.

I have written quite extensively about privacy challenges in the world of IoT/M2M, as it is something on everyone’s mind. However, this is one case where I do not see a lot of issues. As well, it is only one of the available tools and it does not replace the instincts of a skilled front line officer. I applaud Edmonton’s effort to keep the public safe and hope that we see more of this going forward.