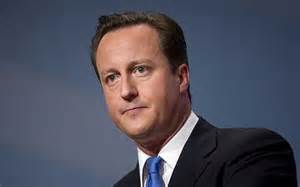 The winners represent some of the most exciting early stage companies in the Internet of Things space. Based in London and Cambridge, the companies will share grant funding of up to £1 million (€1.27 million).

Announced by UK Prime Minister David Cameron at the CeBIT conference earlier in 2014, Innovate UK organised this competition in conjunction with Tech City UK and Cambridge Wireless (CW). Tech City UK was launched in 2010 to support the growth of the technology sector in East London, which has become Europe’s largest digital cluster. Cambridge Wireless is a leading and vibrant community with global networks, interested in the development and application of wireless and mobile technologies to solve business problems.

The Internet of Things (IoT) describes automatic ‘smart’ communications between objects – rather than between people using computers and mobiles – through the internet. Market projections suggest the industry will comprise of 26 billion devices by 2020, rising to a trillion by 2025. It is predicted to become a US$500 billion ( (€408 billion) global technology market by 2019, supporting an even more extensive market for products and services.

Innovate UK’s Launchpad competitions target investment and support at existing business clusters to have emerged in particular areas, in this case digital industries in London and Cambridge.

During the selection process the panel looked for pioneering projects, taking Internet of Things activity into innovative new areas. The winning projects are:

In addition to the funding grant, the winners will benefit from access to expertise and business support from the programme’s private sector partners: EE, John Lewis, Unilever, Bosch, Seedcamp, Red Gate, Cisco, Hive by British Gas, RPD and Fab Lab London. These partners will offer the winning companies the opportunity to access a range of support, from investment, and access to markets and mentorship, to retail for showcasing products to consumers.

The Rt. Hon Ed Vaizey MP, Digital Economy Minister, said: “It is an exciting time to be a tech business in the UK. Our digital economy is already one of the strongest markets in the world, valued at more than £100 billion.

“Investing in growth areas such as the Internet of Things is a key part of our long-term economic plan to back business, create jobs and secure a brighter future for Britain. “We have already put coding into the school curriculum and our rollout of superfast broadband has now passed more than 1.5 million homes and businesses and is reaching 40,000 more each week.”

Matt Sansam, Lead Digital Technologist for Innovate UK, said:  “Innovate UK has designed Launchpads to help businesses take advantage of being part of a developing cluster to realise their potential for growth.  We’re delighted to be supporting the London-Cambridge IoT cluster and the finalists and winners in this competition represent some excellently innovative ideas, right at the heart of the emerging IoT space.”

Gerard Grech, Tech City UK CEO, comments: “With a critical mass of world-class expertise in both hardware in Cambridge and software in London and other cities, the UK is in a strong position to lead the way in Internet of Things. These competition winners are some of the most innovative early stage businesses in the UK’s IoT space and I’m excited to see how they will develop with the funding and mentorship from the initiative’s partners such as Seedcamp, Cisco, RedGate and Unilever.”

Winners will have up to six months to start their projects and up to 12 months to complete the work they’ve set out to do. Innovate UK’s Monitoring Officers will observe the process.