Home › Blogs › Paralysed by indecision on the road to the IoT 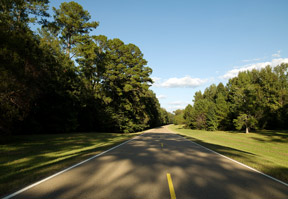 There’s a bewildering number of options for advancement in M2M. If only we could find a machine to make the navigation decisions for us

One of the curses of this great technological dawn is that there are so many possibilities. At the risk of oversimplifying nearly half a decade’s work by eminent US academics, I’d summarise their conclusions about choice like this: too many tempting options does your head in.

In 1970 Zbigniew Lipowski, a polish émigré who’d once lived in extreme poverty, published a paper in the American Journal of Psychiatry that investigated why his new US fellow countrymen were often unhappy, despite their enviable range of attractive lifestyle choices.

Decades later Columbia University psychologist Sheena Iyengar and Swarthmore University psychologist Barry Schwartz built on this idea of conflict created by an overabundance of choice. It became known as the Paradox of Choice. Lipowski had his own name: Buridan’s ass, which was a mythical donkey that finds itself standing between two equally appealing stacks of hay. Unable to decide on a course of consumption, it starves to death.

Let’s hope we don’t make a Buridan’s Ass out of the internet of things. This offers ever more breath-taking ideas. They all sound fantastic in theory but many will be the subject of mirth in ten year’s time. The problem is, nobody really knows which ones to take seriously.

One of the greatest showmen I’ve ever witnessed in action was Cisco CEO John Chambers, who happened to be the son of an evangelical preacher. Watching him address a Las Vegas conference of resellers was like watching Billy Graham at the top of his game. By the end of his rally speech, those salesmen and women were leaping out of their chairs to testify in the power of routers. They were convinced networking itself could cure all the ills of the world.

The problem was that some of the ‘solutions’ that Chambers mooted were rather silly in retrospect. Who needs a world where all Microwave ovens can be hooked up to the internet, to allow their users to download recipes and keep an eye on their tech stocks? The network ready microwave with a display screen hasn’t been a big hit. It turns out not many microwave users are interested in sophisticated food preparation. And they don’t want to use that minute, while their popcorn is exploding, to check up on the stock market either. In the cold light of day, this invention was rather silly. And yet, when Chambers proposed this idea to thousands of hard nosed sales types, nobody laughed.

They would have confidently guffawed if anyone had proposed that mobile operators could make billions by persuading users to slowly type out short messages to each other, with their thumbs. Anyone who proposed the idea for the short message service (SMS) would have been laughed out of Caesar’s Palace. And yet this ‘texting’ invention – originally intended for telecom engineers – became one of the biggest hits of all the connected industries.

At the time of writing, Las Vegas is playing host to more futurists at this year’s Consumer Electronics Show. This year the Internet of Things and the possibilities for machine to machine communications are dominating conversation. Even BMW has turned up and punters are queuing for hours just to see the screens inside their new models. It seems nobody is interested in speed, performance and road handling of cars any more. What’s the point? If you venture over 31 miles an hour, the authorities have machines to automatically fine you. Appealing costs you even more, in real terms, than paying this ‘tax’. So driving enthusiasts are going mad over screens, apps and interfaces. It’s a case of never mind the dash, look at the dashboard.

Driverless cars don’t seem such a silly idea any more, if they can pull it off. A well run motorway of cars would save us having to spend billions on high speed rail links. (They could even connect all the cars together and make them into a sort of train). It could work – as long as the developers programme the machines not to hog the middle lane on the motorway. And they must never, ever, have the option to get online or make a call every time the car is stuck in traffic. Even for the connected, automated driver, making calls at the wheel is a no no. And nobody wants to see their driver checking the stock market.