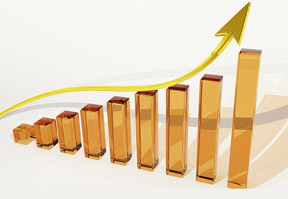 The M2M industry, as with any market that is exiting its nascent stage, is rife with predictions on device growth and revenue, so much so that, candidly, it tends to lose meaning and intended effect when taken as a whole. With that in mind, we are going to use this traditional early-year space to take stock of where the connected device industry stands, and do our best to identify some real, supportable directions that machine communication will go over the next 12 to 18 months.

Without further ado, here are the first five major trends we believe will take centre stage in 2015.

Consolidation to achieve both scalability and proper availability of resources – This phenomenon ties directly into our thoughts from one year ago that devices coming online carry a much higher usage profile than our market has ever seen. More and more sensors in the field collecting more and more data brings the promise to improve productivity for business, expose operational anomalies, and enhance security. However, it also necessitates an increase in resources to keep up with network and device management requirements, and these requirements are only going to get progressively greater in complexity and stature.

To avoid spreading themselves too thin, network operators who are focused on connecting M2M devices will need to ramp up as well. Trouble is, there’s only a finite volume of technical and domain expertise to go around. Therefore, we believe the best way to keep up with the demands of device and data proliferation is to find a way to band these resources together for the good of the market.

At KORE, we’ve already taken steps to address this reality by bringing Jazz, and more recently, RacoWireless into the fold. But the push to consolidate is not likely to stop, and we’ll see more of it in 2015.

Decision-making on 2G switchover based on application lifecycle – By now, just about any M2M stakeholder is well aware of the pending shutdown of GPRS and EDGE networks, and the implications for their business. We’ve covered it many times before, to varying degrees.

Over the next 12 months, the tone of what to do about 2G sunsetting will move from an exercise in naval gazing to one of action. The only debate will be what to choose – 3G or 4G – and that will be driven by the expected lifecycle of the application, and how much data it’s projected to create.

LTE acceleration – As we get closer to the 2G sunset, we fully expect all carriers will have an LTE map in place that virtually mimics 2G coverage as is stands today. They realise that the growing use of sensors isn’t limited to near-field industrial equipment and sensor systems. Rather, the device footprint is quickly expanding dispersed sensor networks, wearables and other non-phone devices for consumer and business use alike – from smart glasses to smart watches to smart clothing and more – all of which will need to connect quickly and efficiently to larger business systems.

Even as we’ve seen rapid expansion of LTE resources to date, expect the pace to become even more frenetic in the coming months!

Monetisation of the Internet of Things – We’ve long maintained that the real value of the IoT is in its potential to help companies create new value for customers via new offerings that will, by nature, diversify revenue streams. The best such services generally augment and enhance traditional offerings, and will need to be embraced by consumers of those traditional products as actually valuable.

Finding that sweet spot has been the largest challenge of M2M to date, but the industry is showing signs of moving in the right direction. Products like the WeMo Switch from Belkin – which allows homeowners to turn things on and off at their home while they are away (such as, say, a lamp) – or senior citizen monitoring systems from companies like MobileHelp (a KORE customer), exemplify the approach that will win out, in our view.

In no uncertain terms, applications that revolve around giving consumers a greater sense of control, security and convenience will form the true monetisation play. 2015 will bring a shakeout in this regard.

There is a caveat emptor to consider here, and it’s a big one. Stakeholders must be mindful to put the proper privacy protections in place, lest we see public outcry that regulators levy sanctions on those who are collecting or disseminating the personal data that powers these applications. The concept of “data minimization” needs to stay top of mind as these business models roll out.

Wearables traction, but mainly for remote health delivery and disease management – This year’s Consumer Electronics Show has been virtually overrun with wearable technology, but there’s a dirty little secret lurking beneath the hype: the sheer volume of what’s being proffered really just means the industry, as a whole, is trying to make a “best guess” of what consumers might want next. It could be said that wearable technology lags a year or two behind the Internet-of-Things in terms of finding that sweet spot where consumers will validate the value, and be willing to pay for it.

Save for two areas: healthcare delivery and disease management.

This application segment really is quite mature compared to others in the M2M market. Telehealth and telemedicine have been around for several years, connecting doctors to their patients from afar; the operational “guts” are already well-established. Now, it’s really more a matter of dropping the physiological detection components, whether for blood pressure, heart rate, blood sugar levels, breathing rate or other vital signs a doctor would need to monitor, into wearable form factors like watches, wristbands, earphones, or clothing.

The value here is unassailable—if the wearable detects a patient is falling out of acceptable limits, the doctor can reach out right then and there to either bring the patient in or recommend corrective action. It could be a matter of life or death.

These five trends only scratch the surface for what the next 12 months will bring to our industry. These are exciting times to be involved in M2M.