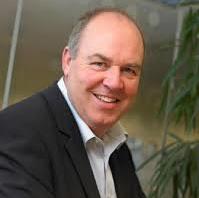 London, UK — Integrated system and software design company, Cyan has won the Innovation of the Year Award 2015 at the 6th annual Smart Energy UK & Europe Awards for its CyLec® smart metering solution. The system has been designed for the power sector in next generation economies.

The Cambridge, UK-headquartered company’s CyLec solution is based on its wireless mesh networking platform, enabling the measurement and control of energy consumption for the metering market, supporting the reduction of energy losses as well as revenue assurance.

John Cronin, executive chairman of Cyan, commented: “It is a great honour to receive this prestigious award in recognition of Cyan’s innovation in next generation smart grids, empowering consumers to manage their energy consumption. We are very proud of the progress we have made within these markets, and optimistic about the future of smart metering in fast growing economies. We have worked hard to create innovative solutions tailored to the specific environmental and economic conditions in which they are deployed and it is great to see our hard work recognised by such a respected institution.”

The European Smart Metering Awards are an initiative of Oliver Kinross, aimed at recognising the achievements of solution providers and utilities. All award entries were assessed and judged by an independent panel of industry experts from utility companies across Europe.

The awards were presented at the 6th Smart Energy UK & Europe Awards held in London on January 29-30 (formerly known as the Smart Metering UK & Europe Summit), one of Europe’s leading events for smart metering, utilities and grid professionals from around the world.