Home › Blogs › Who wants to turn their house into a data centre? 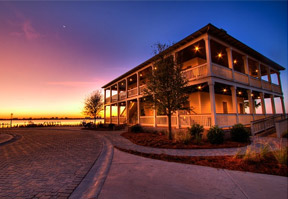 There are a couple of new ways home owners can cash in on the M2M boom. I know which I prefer…

Sometimes I think intelligent machines are just like our dog Molly.

One minute they want to go out. Then, soon after you have stopped whatever you were doing and opened doors for them, they change their minds. Suddenly the great outdoors loses its appeal and they want to come back in the home again.

Certainly that seems to be true of computers. Or mainframes, or PCs or data centres or clouds or whatever it is they are calling themselves this week. It’s all very well being intelligent, mobile and pervasive, but I just wish they’d make their minds up.

When they were mainframes, computers were imprisoned in a glass house and we could only access them remotely, via a green screen. As with a visit to London’s Battersea Dogs Home, getting access to the computer you wanted to adopt could be traumatic – often because of the inhumanity of the owner.

Having liberated the poor processor from the tyranny of the socially inept Computer Manager, we soon discovered how difficult it was to own a personal computer. Laptops might look cute but they soon start breaking hearts. If they aren’t going missing, getting destroyed or getting terrible infections, they have an endless capacity for biting us on the bum.

So after a decade or so of unsavoury incidents, it was mutually agreed that a computer should be placed in the hands of a professional trainer. So we went back to remotely accessing our CPU and its little data puppies in the safe confines of a modern data centre. They might look like gulags from the outside, but computers love them, so we’re told.

So, to summarise, computers were out, then they came in, then they decided they were happier out again. And now, thanks to a new generation of inventor, they may be coming back in again.

New York-based inventor and machine-to-machine engineer, Lawrence Orsini has come up with an idea for your CPU to be kenneled in a data centre, which just happens to be in your house. The logic of this scheme – Project Exergy – is to use all the heat from computers (which would otherwise be heating up a data centre) to warm up our homes. The Internet of Things means every computer in the world can be aggregated into one giant cloud anyway.  When all the elements of IT are one fluid entity – an internal market with both perfect information and liquidity – it doesn’t matter where they reside, goes his logic. And since so much energy is being spent on cooling computers, wouldn’t it make more sense to dissipate the heat away and use it to warm people’s homes.

That’s the theory. Although there are a few reality gaps to fill in. Orsini is asking Kickstarter for US$2 million to help him develop a more efficient heat exchanger. Oh, and a computer that can be driven like a Husky at very high temperatures.

This is one of a number of schemes to link the home with the Internet of Things to solve the data centre industry’s energy crisis. Another more advanced start up, UK based Uptime Energy, is helping home owners and small businesses to get paid to not use electricity in peak time. This is a reward that has only been available to big corporations, but Uptime has created software to automatically switch any home, office or even data centre to run off the battery power of their UPS (uninterruptible power supply) at the crucial time.

Well, OK, not many homes have a UPS, yet. But they will – especially those with solar panels who want to earn more from their investment by storing their power and using it at the crucial time. I think I’d rather have a UPS in my house than a data centre which, according to my experience of site visits, are usually quite bleak and unwelcoming fortresses.

Besides, I wouldn’t want Molly getting caught up in all that barbed wire.

Nick Booth is a freelance writer and regular blogger for M2M Now.