Home › Blogs › How big is the IoT market opportunity? 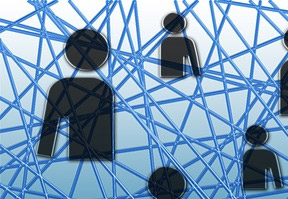 For years Machina Research has been sizing the market opportunity associated with machine-to-machine (M2M) communications. Our M2M forecasts are widely acknowledged as the most granular and rigorously researched in the business. However, we are increasingly asked about the market opportunity associated with the wider Internet of Things. For us the two things are different.

We consider the M2M opportunity to constitute the revenue associated with the hardware, connectivity and specific application supported by that connected device. IoT, however, is wider. It incorporates a number of different adjacent markets, which will be covered in further detail below. We have seen a number of big figures produced by competitor organisations for the size of the IoT opportunity, but typically they seem to be plucked out of the ether with little to back them up. We have decided to apply an equivalent rigour to determining the IoT opportunity as we have with the subset associated with M2M. This blogpost outlines how we have done that.

The starting point for our IoT market opportunity sizing is the M2M market (which, according to the Machina Research M2M Forecast Database, will generate revenue of USD1.6 trillion in 2023). As noted above this comprises devices, connectivity and services. This forms the foundations for the connected ‘things’ upon which the Internet of Things is founded.

The next step is to consider the additional revenue streams from adjacent services: data analytics, cloud services, and professional services (including systems integration). These are clearly closely related to connecting M2M devices, but are not considered in our straight measure of M2M revenue.

After this we turn to spend on IoT development that might not necessarily translate into revenue, but nevertheless constitutes part of the market. Our M2M revenue calculation (and that of the adjacent services mentioned above) is limited to that generated by end users (both consumer and enterprise), rather than spend on IoT more generally. Therefore, to understand the impact of IoT we must also take account of what enterprises such as GE, Bosch, Siemens and Cisco will be investing in IoT capabilities and solutions within their own organisations. Furthermore we must also consider the upstream spend from organisations such as Intel, IBM and Oracle on R&D associated with developing IoT solutions, which perhaps never translates into direct revenue. These two upstream aspects have not previously been considered as part of direct spend.

Finally, in IoT there is a multiplier or network effect which does not exist in M2M. Basically, while M2M concerns connections to sensors to perform a particular function, in IoT, these connections are linked to other applications and workflows (which will include Mobile Enterprise Application Platforms, back-end systems, and a growing environment of applications).  Whereas the M2M model has an assumption of a 1:1 relationship between the devices and the application, in IoT, this relationship can be 1:many or many:many – a multiplier effect which will be difficult to ‘assign’ but will definitely be there as driven by data sharing and enabled by M2M/IoT Application platforms.

What is clear is that revenue from adjacent services will grow rapidly, and that a combination of that, plus the upstream revenue components (i.e. investments in IoT) and the multiplier effect will push the overall revenue opportunity for IoT way beyond the current market revenue opportunities for M2M as we already understand them.

This blog post sets out the framework we used for determining the size of the IoT opportunity. If you  would like to know more, the findings of the research will be presented in a free webinar on the 19th February. You can register at https://machinaresearch.com/news/forecasting-the-internet-of-things-market-opportunity-webinar-19th-february/.