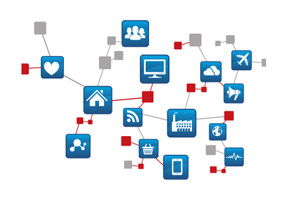 The era of widespread deployment of machine-to-machine (M2M) technology and the foundation for the Internet of Things (IoT) advanced today when oneM2M, the global standards initiative for M2M and the IoT, issued its Release 1 global standards.

More than 200 member companies from the across the world contributed to Release 1’s development through the seven leading ICT standards development organisations and five industry consortia that founded oneM2M. oneM2M’s Release 1 is a set of 10 specifications, all publicly available from oneM2M’s website, covering requirements, architecture, API specifications, security solutions and mapping to common industry protocols such as CoAP, MQTT and HTTP. oneM2M Release 1 also makes use of OMA and Broadband Forum specifications for Device Management capabilities. Release 1 provides sufficient building blocks to enable today’s generation of M2M and IoT applications to interwork with each other.

“Release 1 utilises well-proven protocols to allow applications across industry segments to communicate with each other as never before – not only moving M2M forward but actually enabling the Internet of Things,” said Dr Omar Elloumi, head of M2M and Smart Grid Standards at Alcatel-Lucent and oneM2M Technical Plenary chair.

“Having such a set of specifications working together at the service layer to truly stitch M2M together will allow service providers to support applications and services across a range of industries. This opens up a whole new world – a future of seamless interaction to transform the way we all work and play in the future.

“The horizontal service platform we have created is already useable over several underlying transport technologies, such as Wi-Fi, fixed-line, and cellular. This reduces the complexity for the M2M application developer, allows lower CAPEX and OPEX for the service providers and creates a world where ultimately people will interact more seamlessly with other people and machines in their daily lives,” he added.

oneM2M Release 1 follows the announcement last August of oneM2M’s Candidate Release specifications – the first publication of the specifications which have now become Release 1. The Candidate Release was circulated for comment and amendment by the industry. In December a highly successful showcase event took place in Europe, where demonstrations were conducted by leading technology companies and organisations.

“But this is just the start of our role in the process. We now need to work on making the whole experience of using M2M much easier for everyone, as well as looking to achieve further seamless interworking with other IoT technologies through collaboration with the groups working on them,” added Dr Elloumi.

In addition to its Release 1 set of specifications, oneM2M has also published a white paper which provides an overview of the issues facing the M2M and IoT market and how oneM2M will contribute to solving them.