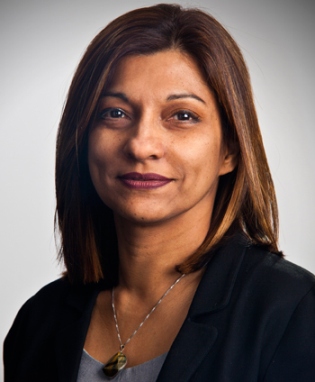 London & Cambridge, UK – AlertMe announced on Friday it has agreed the sale of the company to British Gas (part of the Centrica plc group) in a deal said to be worth UK£65 million (US$100 million). This news follows on the heels of ARM’s purchase of Offspark, a Dutch IoT communications security company.

The deal will create the UK’s leading connected homes provider, by bringing together British Gas’ ability to innovate for mass market consumers with AlertMe’s next generation Internet of Things (IoT) technology and expertise. As Jeremy Cowan reports, the acquisition is intended to create an experienced and fully integrated team to accelerate the development of new connected home services in the UK and worldwide. (Also see: M2M supergroup formed by ARM in Cambridge.)

According to spokesperson, British Gas views this as an opportunity to roll out connected home services to “tens of millions of homes through global distribution.”

Mary Turner, CEO of AlertMe says: “AlertMe has been the pioneer in establishing and growing the Internet of Things commercially in the UK and USA. We have created a market-leading Internet of Things platform and a highly experienced team of technologists and operational capability, which together have given us proven ability to serve mass market customers.

“We are excited to move forward with British Gas, with an opportunity to roll out service for tens of millions of homes, and to realise our ambition for further global distribution.”

Nina Bhatia, commercial director for British Gas says: “We are very excited at the potential we’ve now got through technology, to help people manage their homes and lives more easily. With access to new technology and skills we’re strengthening our capability at British Gas to develop a family of products that will put people in control of their homes in a way that’s simply never been possible before.”

Founded in 2006, AlertMe aims to provide a scalable, resilient and interoperable platform to connect an ecosystem of devices and appliances in the home. The company’s products and services are to be found in more than 200,000 homes and personalised energy data services to 500,000 homes.  Already managing and making sense of 10 billion IoT data points and one billion smart meter reads a month, the company provides an end-to-end service that goes beyond point solutions, allowing devices and applications to work together  and incorporate dynamic data to build future intelligent connected home solutions.

British Gas is the UK’s leading energy supplier, and serves around 11 million homes in Britain – nearly half the country’s homes – as well as providing energy to around half a million UK businesses.

Meanwhile, ARM based in Cambridge, UK, has signalled the importance of security in IoT with its acquisition of Offspark announced last week, for an undisclosed sum. Dutch company Offspark specialises in IoT communications security and its PolarSSL technology is already deployed in a wide variety of devices including sensor modules, communication modules and smartphones.

As security is a requirement for all IoT deployments, this is intended to help developers using the ARM® mbed™ platform to design and build IoT products with world-class communication security and software cryptography. (Also see: IoT security a big value-add opportunity, not a cost, says Beecham Research.)

PolarSSL is the IoT industry’s most pervasive embedded Transport Layer Security (TLS) solution. It will form the core of the ARM mbed communication security and software cryptography strategy and will be rebranded as ARM mbed TLS. The technology will remain open source and will be made available to developers for commercial use.

“We have always said that security must be the foundation of any IoT system and the acquisition of Offspark is evidence of us making that happen,” said Krisztian Flautner, general manager, IoT business, ARM. “PolarSSL technology is already deployed by the leading IoT players. The fact that those same companies also utilise ARM Cortex® processor and software technologies means we are now able to provide a complete bedrock solution for the industry to innovate from.”

“ARM is undeniably the front-runner in the embedded world and combining with them is the perfect way of scaling our business,” said Paul Bakker, CEO, Offspark. “Security is the most fundamental aspect in ensuring people trust IoT technology and that is only possible with a truly tailored solution. Together, ARM and Offspark can provide security to the edge of any system and we look forward to working with our partners to help them deliver some exciting new projects.”

ARM mbed TLS will be available for standalone use and as part of mbed OS, providing leading support for TLS and DTLS optimized for embedded devices and complements the Cryptobox technology of mbed OS that enables secure execution and storage. mbed TLS not only targets embedded devices but will continue to expand with features for the non-embedded arena as well. ARM will release mbed OS under an Apache 2.0 license which will include mbed TLS, Thread, and other key technologies toward the end of 2015.

The release of mbed TLS 1.3.10, is now available under GPL and to existing PolarSSL customers on polarssl.org.