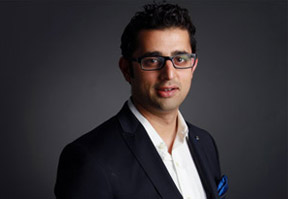 Its 2001, Apple is readying up to launch an iconic product & experience revolutionising the portable music player industry. The product is named unconventionally, as the iPod. Steve Jobs has been intrinsically involved in the design, user experience and even the minutest detail such as the colour of the iPod … to this end they were conducting focus groups to better understand which iPod colour might be the primary choice of shoppers, and hence to launch in.

Over a period of two days and intense discussions later the focus groups came back with the unanimous decision on the colour – “Yellow”. The product management team thanked the focus group members for having spent their time and as a gesture of their gratitude asked the participants to pick an iPod, of their choice, on the way out  80% of them chose white!

Data often tells a story which is contrary to what people say….data and more specifically big data allows us the latitude of looking for patterns rather than making us all anthropologists trying to observe people’s behaviour and try to differentiate between what they say vs what they actually do. How many of you would have believed that with the launch of the white iPhone, the sales of white cars would have gone up in LA; I wouldn’t have. But apparently- women like to match their colors; again big data would have allowed us to make such predictions.

I stumbled upon the following graph from Gartner, indicating that IoT had recently nudged Big Data from the “Peak of Expectations” into the “trough of disillusionment”. Not sure I completely agree with the chart since one in six (15 %) consumers already use wearable tech today, such as smart watches and fitness bands, making me believe IoT doesn’t fit the mould of Gartner’s previous predictions- where largely  <5% adoption existed well into the “Slope of Enlightenment”. Either way IoT & Big Data have arrived and if we marry the two together- we definitely have a winning proposition. The value of IoT is definitely in increasing revenue, productivity, efficiency & lowering cost, but often companies forget the value of the data it generates. I see the culmination of big data and IoT fundamentally altering the value proposition to the end customers by providing insightful, relevant and actionable data to influence the decision making paradigm in real time, improve QoE and lastly unlock the hidden value of the same data in parallel verticals.

Let me elaborate, essentially IoT and Big Data are working together in 3 ways:

As millions and billions of things get connected to the web, there is going to be a tsunami of information generated over the next few years. From the dawn of time until 2004 – 5 exabytes of information was generated and captured. If you ask how much is that data- it essentially is books stacked from earth all the way to pluto and back 80 times over. In the course of the next decade 500x of data it was created and from 2015-17 it is forecasted to grow by 1500x. The biggest hurdle facing organisations considering IoT deployments will be knowing what to do with the massive amounts of information that is being gathered. One challenge which needs to be overcome is to design for analytics – executing a strategy that sees data more as a supply chain than a warehouse. Another is the ability to marry big data trends with in depth expertise in the vertical being explored. Analysts believe that organisations which can effectively overcome these two issues will financially outperform their competitors by 20-30%. That is incentive enough for most businesses and hence we see companies such as Mnubo & TIBCO’s IP becoming increasingly sort after.

2. IoT Applications and Big Data Complementing each other

An auto sharing company recently started allowing their members to drop the car off in any part of the town and through IoT solutions were able to locate it and in real time let potential customers know where to pick it up and open it using electronic keys. Using big data and predictive analysis they were able to optimise the fleet size and through IoT solutions were able to provide unique services and business models which completely flipped the traditional car rental market on its head. This is just the beginning.

The key to really unlocking these new business models and customer experiences is by managing and using IoT & big data in new ways. Another vertical where we see them come together is the retail sector. A 100 years back when someone walked into a store more often than not the shop keeper knew the customer, their choices, socio-economic status and based on it made recommendations. Fast forward to 2015 and it would be hard to find a service agent in a big box retailer to save your life; let alone talk to you abt a product. Here Big data and Iot is being used to recreate the experience from a 100 years back. Providing customers relevant, targeted and focussed recommendations based on their buying pattern of the last few trips and  using IoT as the last mile. Its essentially the golden “2 second rule” i.e providing the customer the required information to help influence their decision making paradigm in the 2 seconds when they are making it. Beacons help track customers in the aisle and while they stand pondering on the type of noodles they need to buy- in real time based on inventory and promotions a recommendation could be pushed to the end customer’s phone. This is not a pipe dream of the future, some companies are making it a tangible reality in the UK today and have reportedly increased revenue by 30+%!

3. Running different algorithms on the same data set to create use cases for secondary IoT verticals

In a world where we possibly have north of 4BN sensors (and only 3.5BN toothbrushes), we are being spoilt by the richness of the data available across industries. Often, we find ourselves uncovering insights being driven by the data captured for an entirely different business need to begin with. A key example is the connected car. The connected car experience brings safety, security, diagnostic and infotainment applications to the end customer. Applications such as real time traffic information, streaming music, ability to watch a Netflix movie and so and so forth make the consumer’s commute a lot less taxing and more productive. As the next wave of growth comes through the connected car in the IoT space, companies are also finding different applications for the same data: Clearly, Big data and IoT are harnessing data and converting regular day to day interactions into transformative consumer experiences and that’s where the value for businesses lie.