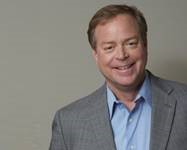 A global provider of connectivity solutions for the Internet of Things (IoT), Stream Technologies is said to be expanding its management team to accelerate the commercialisation and globalisation of its award-winning IoT-X. (Also see: Stream Technologies appoints Low Power Radio Networks (IoT) specialist.)

Lawrence Latham joins Stream from James Brehm & Associates, where he specialised in technology commercialisation and business development as a thought-leader in the IoT marketplace. Previously, as chief customer officer for ILS Technology, he directed sales, marketing, and business development worldwide. Latham helped to build ILS Technology’s secure remote collaboration platform-as-a-service offering (PaaS), secureWISE, into what was viewed by some as a standard for the semiconductor manufacturing industry. Latham is also reported to have led the successful launch of the deviceWISE M2M Application Enablement Platform. Prior to this he was CEO at Mall.com and Aera. (Also see: Telit acquires ILS Technology and Broadcom spends US$164m on LTE assets from Renesas subsidiaries.)

Nigel Chadwick, CEO of Stream Technologies says, “Lawrence joining the team is a tremendous addition. It gives us unrivalled reach into the high velocity IoT sector in terms of spreading the word about our unique technologies and extraordinary depth and mix of expertise about everything to do with connectivity.”

As SVP of Architecture and Innovation, Melissa Jenkins will take the lead in driving Stream’s technical innovation. She spent six years at Orange developing their machine-to-machine (M2M) practice. Since then, she has consulted to Tier 1 carriers throughout Europe, helping them develop industry-leading M2M platforms to service the burgeoning connected device marketplace. A software engineer by training and trade, she reportedly has deep insight in both infrastructure and telephony from the platform level. She is an accomplished glider pilot, having captained the British National team in the 2013 world championships in Issoudun, France.

Melissa has outstanding experience in M2M and IoT. She has worked for many MNOs over the years including running M2M for Orange UK when M2M was in its infancy,” says Alan Tait, CTO. “She has an unrivalled knowledge of how mobile data networks operate and how to integrate these into existing fixed line architectures. Melissa brings an extra level of excellence to Stream and will help drive our technology and our network integrations.”

Martin Wiesner, Stream’s new director EMEA, has been with Stream since 2013, responsible for promoting the company’s software-as-a-service (SaaS) platform and M2M satellite and smart city solutions; on-boarding new strategic partners, and expanding into new territories. In his new role, he will add responsibility for business development and strategic sales, promoting new business for entire product offerings across EMEA. Wiesner has experience in the telematics marketplace, where he rapidly expanded the business of Honeywell Global Tracking, starting out managing South Africa and adding responsibility for all of EMEA and APAC in two years. He holds a degree in International Law from Vrije Universiteit Amsterdam and North West University in Potchefstroom, South Africa. (Also see: Stream Communications appoints Martin Wiesner as Director of Global Satellite for M2M.)

“Martin’s extensive experience in winning M2M and telematics business in the African and European markets, makes him the perfect candidate to head up Stream’s business development and continuing IoT-X growth in EMEA,” says Stream COO, Kevin McDowall. “From our earliest days, Stream has had a consistent obsession with technical excellence and customer service,” Chadwick adds. “Which is why we have invested so much effort in building a real dream team — a base of specialists who share our passion to break the mold. With the right team and technology, we are prepared for rapid expansion and, ultimately, dominance in this exciting space.”

Although it has yet to be confirmed by KORE, M2M Now understands that the company’s recent acquisition of RacoWireless in November 2014 was followed in February by the departure of RacoWireless’s former president, John Horn. (Also see: KORE uses new ABRY funding to acquire RacoWireless and boost global M2M adoption.) As we reported at the time, Horn had been slated to become the executive vice-president and chief strategy officer.

At the time of writing, no one at KORE was available to comment on the unexpected change to the executive line-up.