Home › Talking Heads › Connecting the Enterprise to the Edge 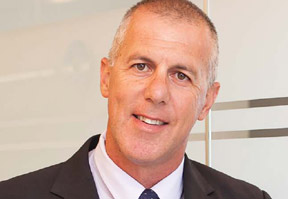 Boundaries – whether in the physical world or the digital one – are always problematic. Countless conflicts over the centuries have revolved around inappropriate or inaccurate lines drawn on maps; restrictions on goods or people crossing those boundaries; or subversive challenges to established frontiers. Over recent years, convergence technologies have seriously eroded many types of boundaries in both our public and private lives – and the world of IT and the enterprise are no different. M2M Now’s new editor, Alun Lewis, recently spoke with Yosi Fait, president and finance director of Telit Communications about the transformations now inexorably happening to both IT and operations domains.

M2M Now: The reach of the Internet is now extending into an ever-increasing variety of business assets. What’s going to be the impact of this on traditional enterprise IT?

YF: However advanced most company’s Information Systems (IS) have become, they still  largely rely on remote or ‘outside’ data from the edge of the enterprise that is either derived from  historical averages, looked up on actuarial tables, or requires human intervention and input. The  Internet of Things (IoT) is about to change all that as it implies connecting every information  asset directly to the enterprise’s information systems, no matter how remote its location or how small the size of the data load and information content involved.

The arrival of this new disruptive force is overwhelming CIOs and their Management Information Systems (MIS) organisations. From inside a company, a CEO, their executive peers and other managers can’t help but turn up the intensity and scope of demands for this information from the edge. From the supply side, every traditional vendor the CIO works with has conjured up a solution story for the IoT and isn’t sheepish about delivering it.

That said, whoever delivers the IoT data connection between the edge assets and the enterprise IT environment must do so in a way that feels just as straightforward as plugging in a network patch cable – something literally that simple: one click on the edge side and one click on the enterprise services side, whether cloud or server. Anything else more complicated will do a disservice to the enterprise and become a potential blemish on a CIO’s plans for a brilliant career path.

M2M Now: M2M or, as you define it in this context – the Industrial Internet – has developed over the years to address specific operational  considerations, often in the process creating silos of data within the larger organisation. How can IT and operations join forces to create a  broader view of company data and, from that, deliver actionable information across the different business units involved?

YF: Decision making is especially tough when you try to translate strategic planning into tactical execution out in the real world. To do this successfully, you have to stay constantly focused on the company’s core business and on the specific strategies being used to improve  productivity. However, to do that more effectively than the competition, companies need more and more to leverage the information that resides at the edges of their business.

Against that backdrop, operations leadership and business line managers also need to find meaningful ways of sharing their data across the wider organisation if they’re to drive better decision making.

To do this, they need to leverage a uniform – and necessarily complex – set of technologies and services across each of their connected applications: these days, this includes connectivity hardware and network and value-added services, as well as a cloud-based service which is able to speak seamlessly to their ERP, irrespective of which vendor’s ERP they use. On top of this, they’re also likely to need help building, certifying, deploying and managing these connected assets.

At Telit, we have spent the last few years extending our footprint right across the value chain in order to simplify this whole process and help both IT and operations mitigate risk, reduce cost and complexity and speed their time to market. We call the approach: “ONE STOP. ONE SHOP”.

By delivering all the building blocks either together or selectively from an a la carte menu, we are able to help address unique operational considerations in a way that is both simple and palatable for IT needs across the entire enterprise.

As a result, both operations and IT end up becoming ‘hero’ organisations, capable of together delivering never-before-seen economic value to the entire organisation – whether the stakeholders involved are C-Suite executives, investors, staff or customers.

M2M Now: You just touched on economic value – and we both know that projections of the eventual economic impact of the Internet of Things are massive. What’s your take – are these bold claims overblown, or even possibly understated?

YF: For a large and well-established company to deliver double-digit growth for even a few years in a row takes genius. To do it for decades demands a top-down strategy that breaks with traditional management styles. Telit has experienced exceptional growth: a 25% year-onyear average for the last five years. And, while doing that, we’ve also played a significant part in expanding the M2M market.

The Gartner Group just came out with a statement that they believe IoT has reached the hype peak. That report presents astonishing figures – predicting a positive global economic impact that approaches the size of the entire U.S. economy. Am I willing to go that far? Not yet. Am I willing to stake a claim that we will continue to accelerate both our growth and the wider growth of the Internet of Things at a double digit rate year-over-year for the foreseeable future? Absolutely!

M2M Now: As the number of entry points to the Internet proliferates – far exceeding human numbers on the planet today, concerns about security are naturally becoming more and more prevalent – and, in fact, could reasonably be said to be one of the main barriers to adoption, especially with the increasing oversight of IT departments across these initiatives. What is being done to ensure privacy and security for this new form of the Internet?

YF: I think this concern is natural – just as it was at the beginning of the smart phone and tablet phase when IT organisations spent countless hours drafting ‘Bring Your Own Device’ strategies to ensure enterprise data security. Of course, rightly or wrongly, concern about personal  devices in the workplace has abated to the point that it is no longer even considered. Why? Certainly not because these devices or their manufacturers claim absolutely impenetrable security. Instead, it’s because a combination of advanced security measures with the undeniable benefit that such devices bring to both the enterprise and the individual have become acceptable.

The good news, when it comes to the Industrial Internet, is that we are not merely ‘adding on’ security as an after-thought, as has often happened with other technologies in the past. When you are talking about mission and even potentially life-critical applications, Denial of Service (DoS), hacking and other attacks present simply unacceptable risks.

As a result, Telit has made data security its top priority for our ‘ONE STOP. ONE SHOP’ offering. We see end-to-end cyber-protection for both IoT data and privacy as a fundamental requirement for providers in our space.

In Telit’s efforts to increase consumer and industry awareness, the company will continue to examine security, privacy and end-to-end protection for IoT data from the perspective of solutions such as:

M2M Now: So, looking ahead, what do you see as the eventual role of IT in our connected future?

YF: I think we are at a true turning point for IT in the enterprise: a moment in which the IT organisation moves from being a pure service organisation to become a truly strategic asset.

Going far beyond setting and policing e-mail policies and outfitting new employees with laptops, we are already witnessing a major shift, particularly as it relates to cost savings and the provision of support for strategic initiatives like CRM as well as operational initiatives like asset tracking.

I expect the CIO to become even more central to the boardroom of the future as she or he delivers the real-time intelligence on which business decisions are made – ultimately becoming the seat of differentiation in our infinitely connected world.