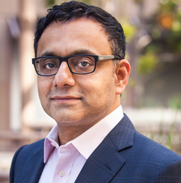 Internet of Things (IoT) analytics company ParStream has released the findings of an independent survey on the current state of IoT projects in the enterprise. As Syed Hoda tells Jeremy Cowan, key findings indicate that IoT projects vary widely, but face similar challenges related to the collection and analysis of the IoT data.

The goal of the survey was to understand the experiences and impacts of using the data captured by the devices that make up the Internet of Things, and it focused on the untapped potential of IoT data. It was conducted for ParStream by Dimensional Research who questioned more than 200 technology and business professionals responsible for IoT projects.

“The intersection of IoT and Big Data is creating tremendous business opportunity, but the reality of today’s projects is that this potential has yet to be fully tapped,” says Diane Hagglund, principal at Dimensional Research. “The research goal was to understand the experience and impact, from the IoT stakeholder point of view, of using the data generated by the devices that make up the Internet of Things.”

Respondents were split nearly down the middle in classifying their IoT project. While 53% described the goal as optimising existing business – increasing employee productivity, improving customer experience or reducing operation costs, for example – just under half characterised their IoT project as a strategic business investment.

Most challenges cited in IoT projects revolved around the data. While the majority of projects (83%) involve data collection, few of the respondents (only 8%) are actively capturing and analysing that data in a timely manner. More than half (58%) say they are doing some analytics, but know that they can do better. Of those surveyed, 86% report that faster and more flexible analytics would help to increase the return on investment (ROI) of IoT investments.

IoT projects vary widely, but clearly all have challenges.

IoT is not delivering its full potential because of data challenges. ParStream’s chief marketing officer,  Syed Hoda is bullish about the importance of data to IoT projects and about the importance of IoT to the enterprises today. He tells M2M Now that enterprises embarking on IoT projects “need a chief IoT officer. If you don’t get one you won’t win. And if he or she is still in the same job in three years you’ve failed.”

“Many utilities collect data in real time,” he says, “but it just sits there. Tools in the past couldn’t cope with the size or velocity of data. Processing is the problem, getting and analysing the data is not easy, but using it well is also hard. (Energy companies) take data from wind turbines to optimise their operations, to see if vibrations are too high, or they’re running too hot. So predictive maintenance can minimise downtime.”

However, you can’t use yesterday’s tools for IoT. Terabytes of data were the start point for many analytics tools, but he points out that we’re working with Petabytes now. A wind turbine used to have 10 sensors, but due to the value additional data delivers, these numbers are continually increasing. ParStream’s customer Envision Energy, for example, now has 150 sensors on their wine turbines. Sensors are so much cheaper now they are used for measuring vibration, spin speed, wind speed, heat, and so on. “But to maximise ROI,” adds Hoda, “you need real-time insights to drive actions. Insights are useless without actions.”

Claims a first for its appliance built for Edge Analytics

ParStream’s GDA software can be installed at or close to the source of data, eliminating the need for a massive and expensive central database, which enables faster queries and real-time answers. Queries are executed centrally after which ParStream’s GDA transparently breaks up the query, sends them to the relevant remote servers, collects and delivers the results back to the application. It also lowers the operational costs of data transfer and preserves network bandwidth for other purposes.

ParStream also announced EdgeAnalyticsBox (pictured below), said to be the industry’s first ruggedised appliance designed for edge analytics. EdgeAnalyticsBox comes pre-loaded with ParStream’s GDA software and allows data to be captured and analysed at the source, according to Hoda.

In addition to the EdgeAnalyticsBox, customers can also use their own hardware to implement ParStream’s edge analytics solution. Its light footprint allows ParStream GDA to be installed on small, standard-based servers or embedded in existing appliances already installed locally.

“With a growing attention to what enterprise IoT customers are saying, ParStream has taken significant steps in developing its Geo-Distributed Analytics (GDA) platform features, now including the industry’s first ruggedised EdgeAnalyticsBox,” said Emil Berthelsen, principal analyst for Machina Research, a global advisor on the IoT, Big Data and M2M. “Designed as a hardware enablement tool of the ParStream IoT analytics software solution, the EdgeAnalyticsBox provides enterprises with a quicker time-to-market solution, which allows data to be captured and processed at the very source.”

The full survey findings are available in the Dimensional Research report entitled:
Internet of Things (IoT) Meets Big Data and Analytics – a Survey of IoT Stakeholders.
Click here to view or download a free copy of the report