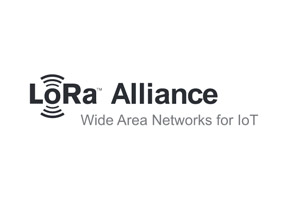 FastNet has joined the LoRa Alliance – an organisation aimed at standardising low power WANs (LPWANs) for global deployment, to boost machine-to-machine industrial applications and the Internet of Things (IoT).

The LoRa Alliance made its official debut at the Mobile World Congress in Barcelona on 4 March 2015.

The alliance intends for all its members to drive the LoRa protocol’s success through sharing knowledge and experience to ensure collaboration among all telecommunication operators and private network operators to create an ecosystem of developers to expedite IoT connectivity.

According to John Myers, CEO of FastNet, LoRa satisfies the requirements for its customers and therefore the value proposition of the LoRa Technology is convincing major industries to deploy IoT applications and services that were previously improbable. “We are strongly aligned to the goals set out by the LoRa Alliance and believe that, by being a partner in this Alliance, we will be able to share industry knowledge and experiences in order to improve interoperability between telecommunication operators.”

Based on Semtech statistics, out of the 50 billion connected objects predicted to be connected to the Internet by 2020 fewer than 10% are predicted to use cellular technology. Telecommunications companies will need long range, high capacity systems to consolidate the fragmented battery operated wireless market for sensor networks, smart cities, smart metering, security systems, smart home, and industrial control.

In 2014, FastNet announced its intention to build a network designed specifically for the IoT in South Africa. By partnering with global semiconductor company Semtech, FastNet has been able to use its LoRa RF technology in the development of this network due to its long range and secure, bidirectional communication capabilities.

FastNet plans on sharing the knowledge about the alliance and the technology with local businesses in a series of workshops, with the aim of showcasing the benefits of new IoT and M2M technology.

Are M2M providers ready for rapid growth?
Next

The Internet of Things equation: IT + OT = Success